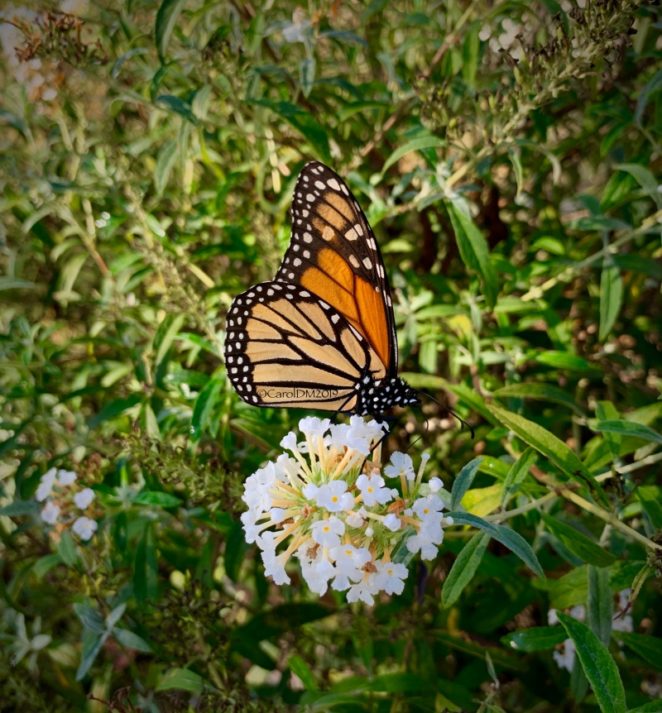 Surprised in Dustin’s garden with a Monarch butterfly. With the cooler temperatures I thought they were all gone for the season.

My day has been made. Not just a butterfly, a Monarch. It was an honor to have this beauty in the garden. And he allowed me to spend about 15 minutes taking photos. Did not seem to mind my presence at all.

Amazing trivia about the October Monarchs:

Amazing to know that these butterflies will migrate south and not die after six weeks like the others.

A very special visit. I just had to share with you all.