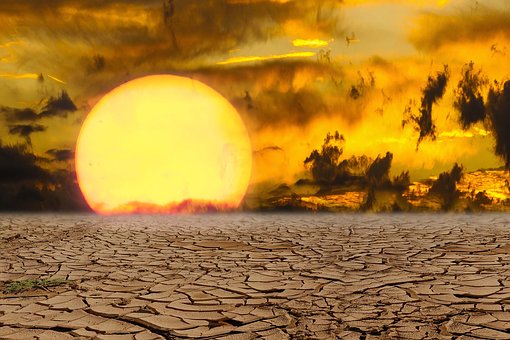 The jokers, jibers, and naysayers, among us here on Virily had better start laughing at me about now, since tomorrow may be too late to poke fun at this article.

Dr. Thomas Newsome from the University of Sydney is the co-author of a paper published in BioScience that outlines the data that shows it is clear we are facing a climate disaster right now.

The declaration, signed up on 4th November 2019 has been endorsed by more than 11,000 scientists from 150+ countries. Dr. Newsome outlines the six steps we can try and take to reduce the impact of climate change.

These 11,000 environmental scientists have been doing their homework and have reached this conclusion:”The world’s people face “untold suffering due to an imminent climate crisis” unless there are major transformations to global society.

“We declare clearly and unequivocally that planet Earth is facing a climate emergency,” it states. “To secure a sustainable future, we must change how we live. [This] entails major transformations in the ways our global society functions and interacts with natural ecosystems.”

There is no time to lose, the scientists say: “The climate crisis has arrived and is accelerating faster than most scientists expected. It is more severe than anticipated, threatening natural ecosystems and the fate of humanity.”

The statement is published in the journal BioScience on the 40th anniversary of the first world climate conference, which was held in Geneva in 1979.

The statement was a collaboration of dozens of scientists and endorsed by further 11,000 from 153 nations. The scientists say the urgent changes needed include ending population growth, leaving fossil fuels in the ground, halting forest destruction and slashing meat-eating.”

Prof William Ripple, of Oregon State University and the lead author of the statement, said he was driven to initiate it by the increase in extreme weather he was seeing.

A key aim of the warning is to set out a full range of “vital sign” indicators of the causes and effects of climate breakdown, rather than only carbon emissions and surface temperature rise.”