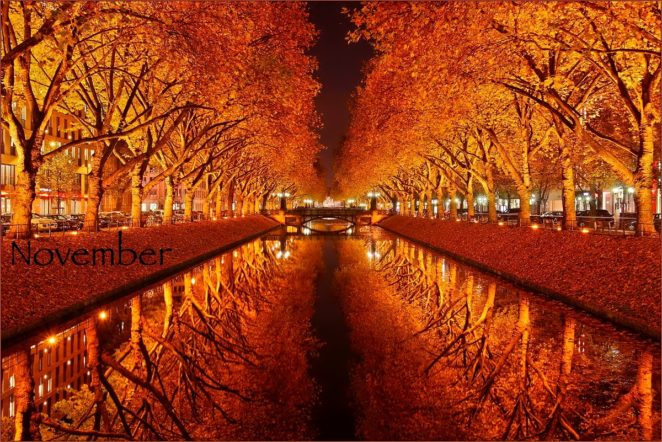 Today is November 1st. The eleventh month of the calendar. Do you know the meaning of November?

The month kept its original name from the Latin novem meaning “nine” which marked it the 9th month of the year in the Roman calendar. November was named during a time when the calendar year began with March, which is why its name no longer corresponds with its placement in the Julian and Gregorian calendars. It became the 11th month of the year with a length of 29 days when the months of January and February were added. During the Julian calendar reform, a day was added to November making it 30 days long again.

November’s birth flower is the chrysanthemum. The birthstone for November is the topaz.

And now you know the rest of the story about November.