I am not one to get up and protest, but this was worth trying for. You see oil has just won out on clean water.  A pipeline of crude oil is now in place and delivered its first oil in May 14, 2017. It is called the Dakota Access Pipeline, and carries 570,000 barrels of oil a day. The movement I was part of was a grassroots movement that began in early 2016 in reaction to the approved construction of the pipeline in the northern United States from the Bakken Oil Fields in western North Dakota to southern Illinois, crossing beneath two major waterways of the United States. The Missouri River and the Mississippi Rivers and under Lake Oahe on the Standing Rock Indian Reservation, and through a sacred burial ground or cemetery. The pipeline when it breaks and they always do will pollute our water for a big portion of the United States. There has already been one oil leak in the pipeline since it was finished.

The year 2016 will go down in our Native American history as something that has never happened in history.

In April 2016 elder LaDonna Brave Bull Allard established a camp as the center for the cultural preservation and spiritual resistance to the pipeline. Native Americans from all the tribes in the United States and world wide came to camp out here. This has never happened. We all joined together and tried to stop this pipeline. President Obama put a hold on the pipeline which President Trump rushed through since he has money ties to this pipeline. So all in all water lost, oil won.

Below are photos of one of the rallies. These were spiritual rallies, and non violent and were not considered protests, but were met with water canons in blow freezing temperatures, attack dogs were let loose on elders and children,  percussion bullets were fired into the friendly water protectors, one of which tore off an arm of young girl. It was a cold shock of what our United States government is capable of still in this day and age…

There are several stories and you tube videos on this if you are interested in more. 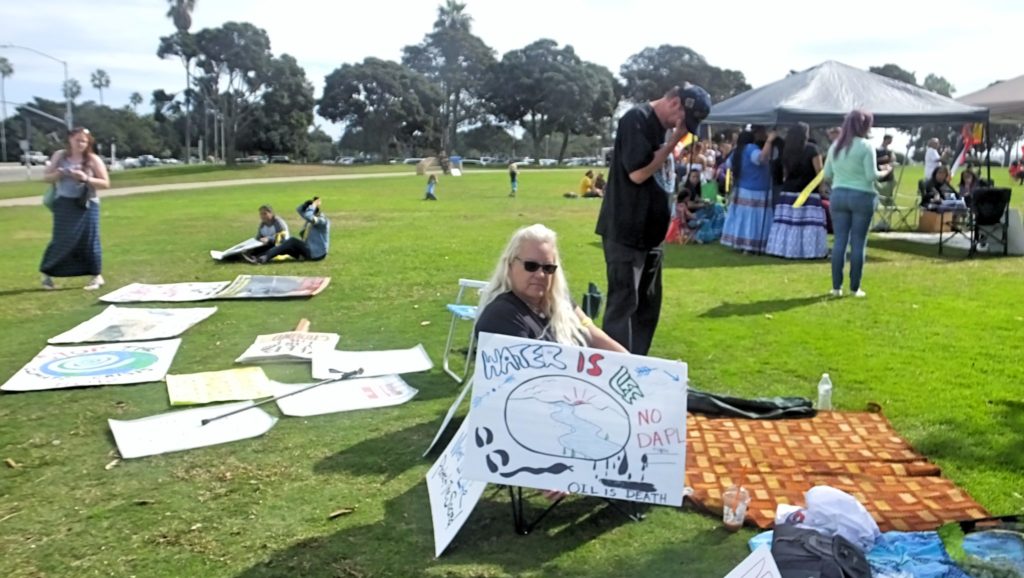 A friend of mine holding up a sign I just made. Meika was met by such warm people, I was kind of afraid to take her since she kind of looks like a white version of the attack dogs that were used. 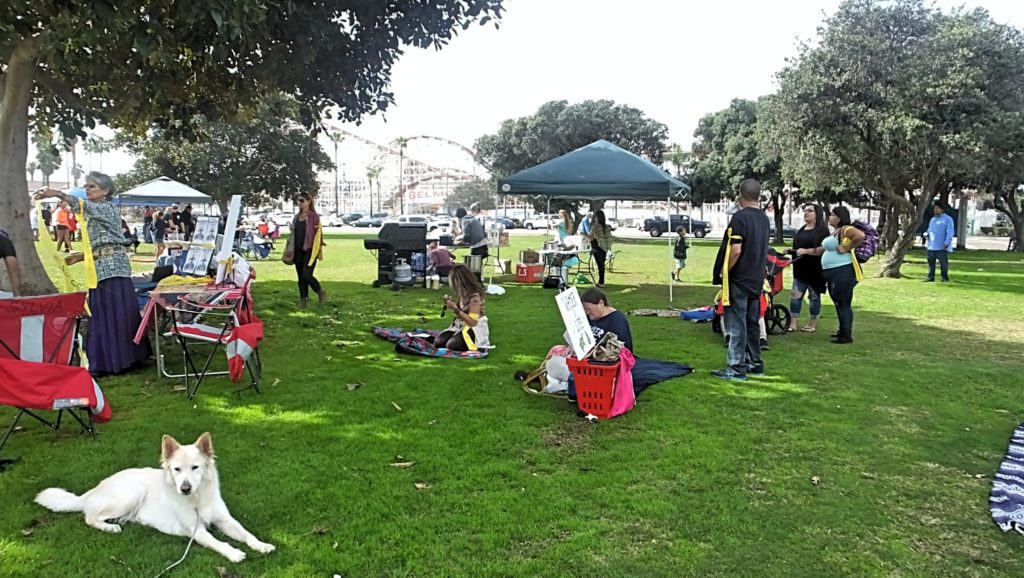 Those of us who couldn’t go to North Dakota held rallies all over the United States like here in San Diego. Notice how many different tribal flags are there? 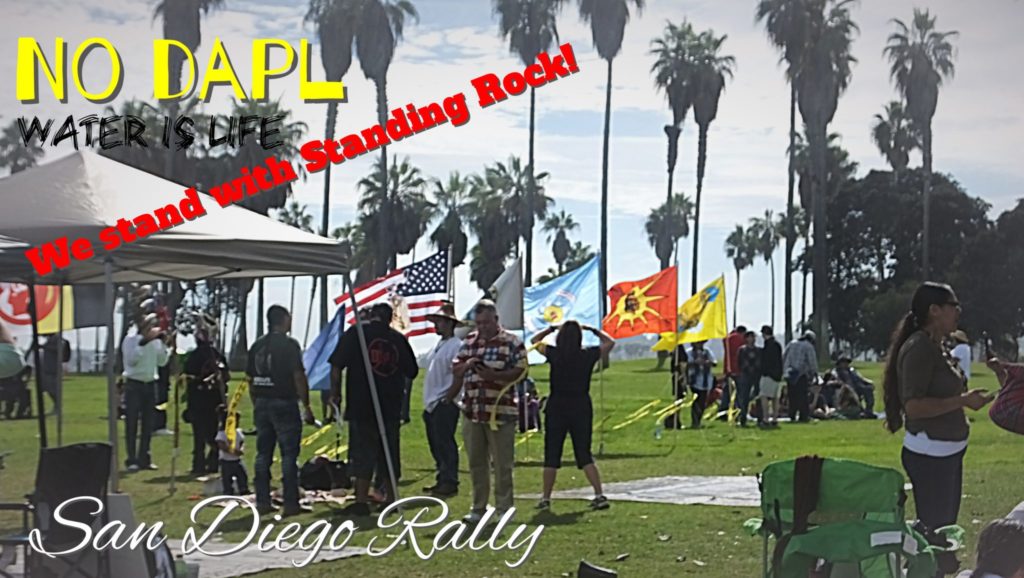 An elder speaking of the importance of our water with the smoke from a sage smudge stick wafting through the air.. 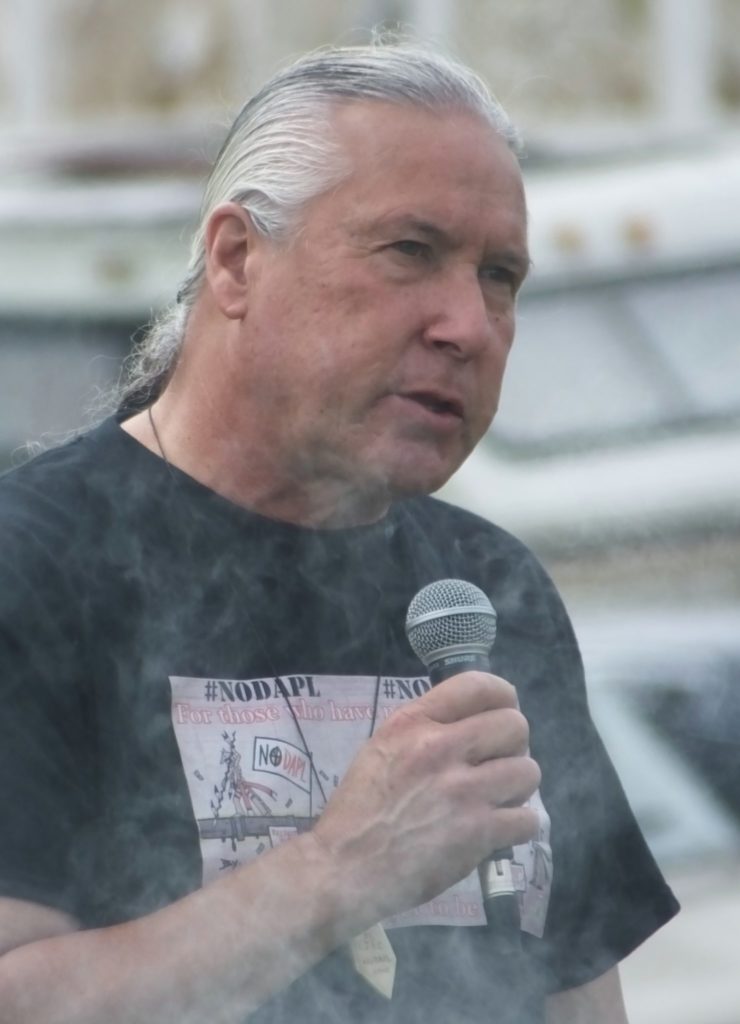 Listening to the elders speak, we all made a huge prayer circle. 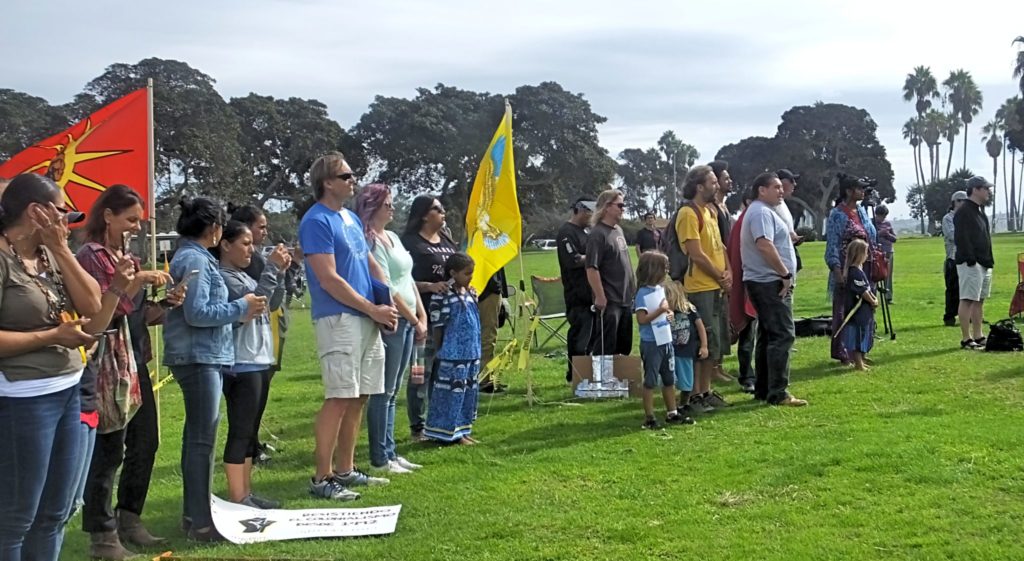 More of the circle. 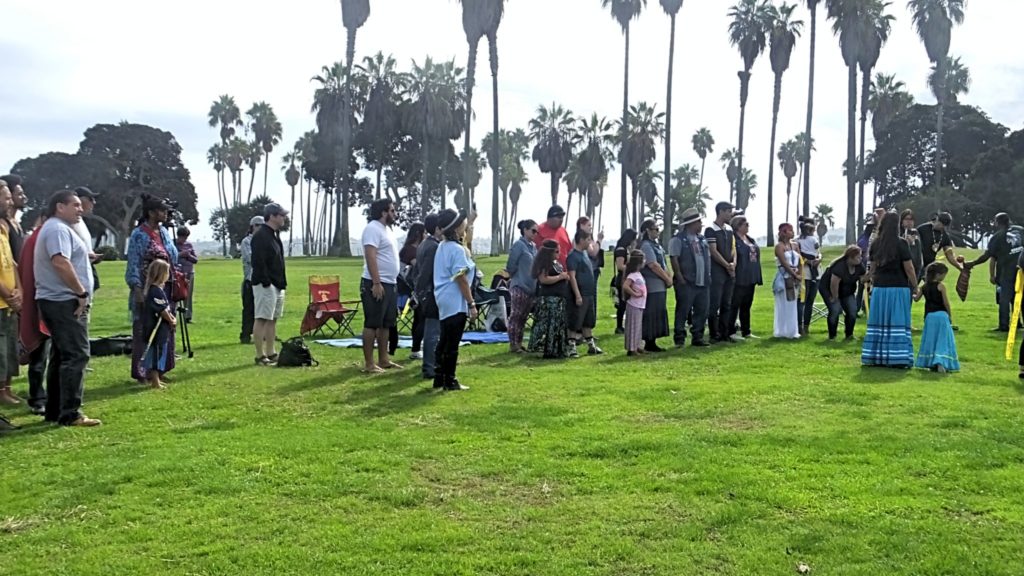 Some dancers.. Singing a prayer.. 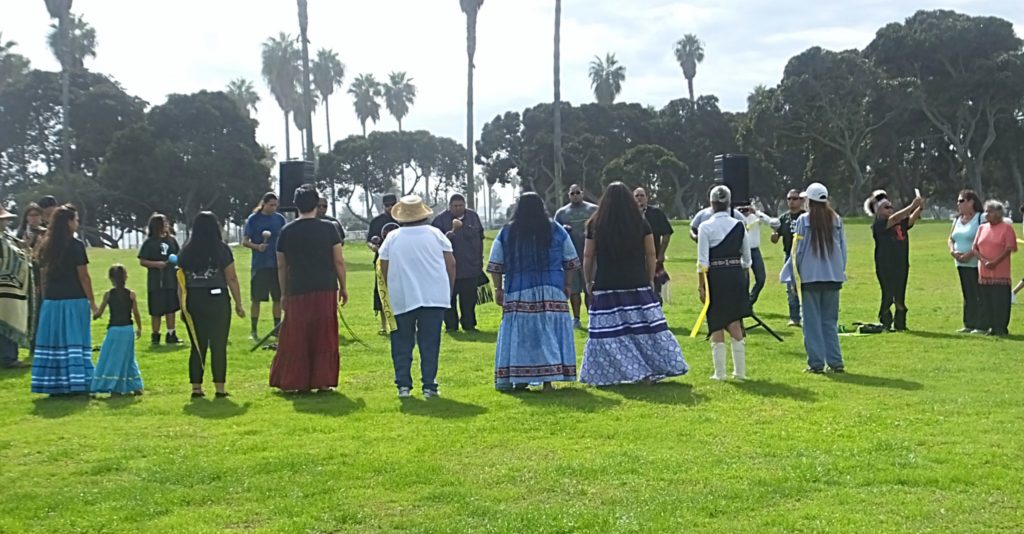 Tribes as far away as Hawaii, and Alaska joined in the rally for clean water..Notice the different dresses….

The guy in shorts is one of our local elders from the Kumeyaay Tribe I believe , notice the board shorts. lol Yay, California! 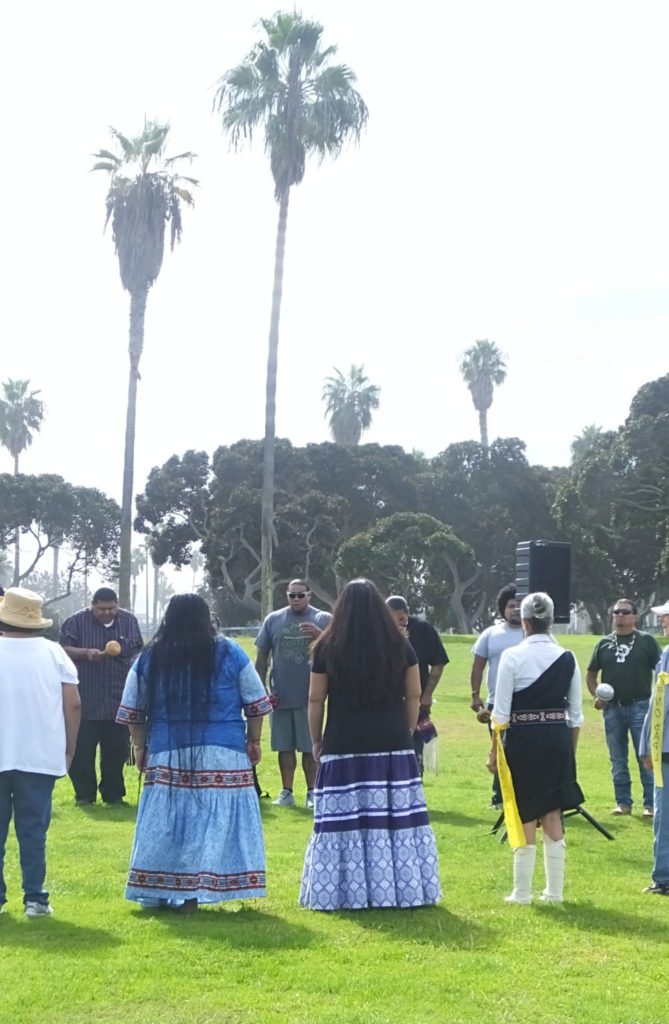 A Native American wounded vet with a purple heart is pictured in the chair. Funny how many forgot how many natives fought in our wars. Seems that a lot of folks thought this movement was against the military, we were against the pipelines, and the pollution, and desecrating  burial grounds.. Not the government. 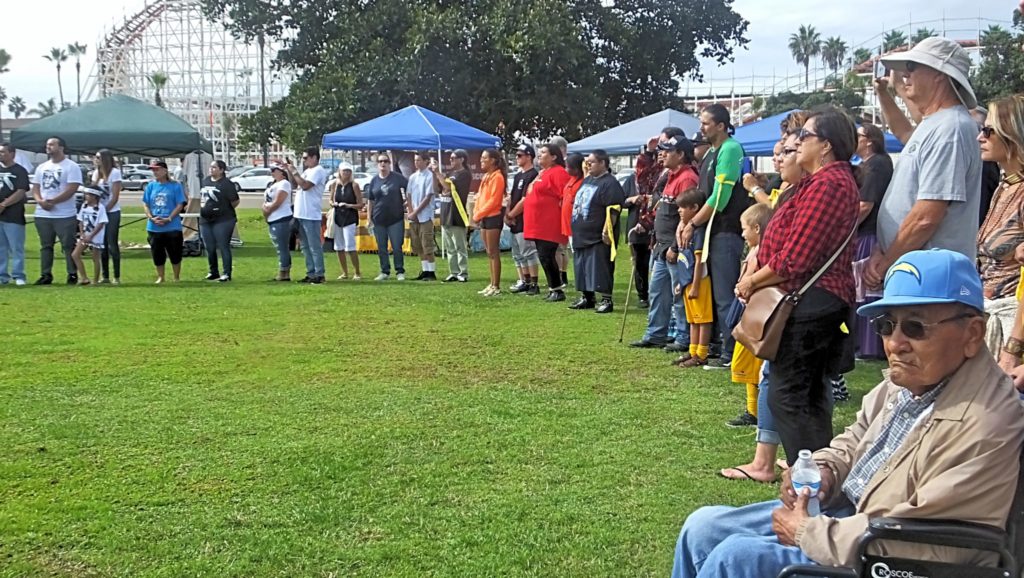 Our next generation of water protectors. The kids feel strongly about the  pollution of our water. You can’t drink oil. 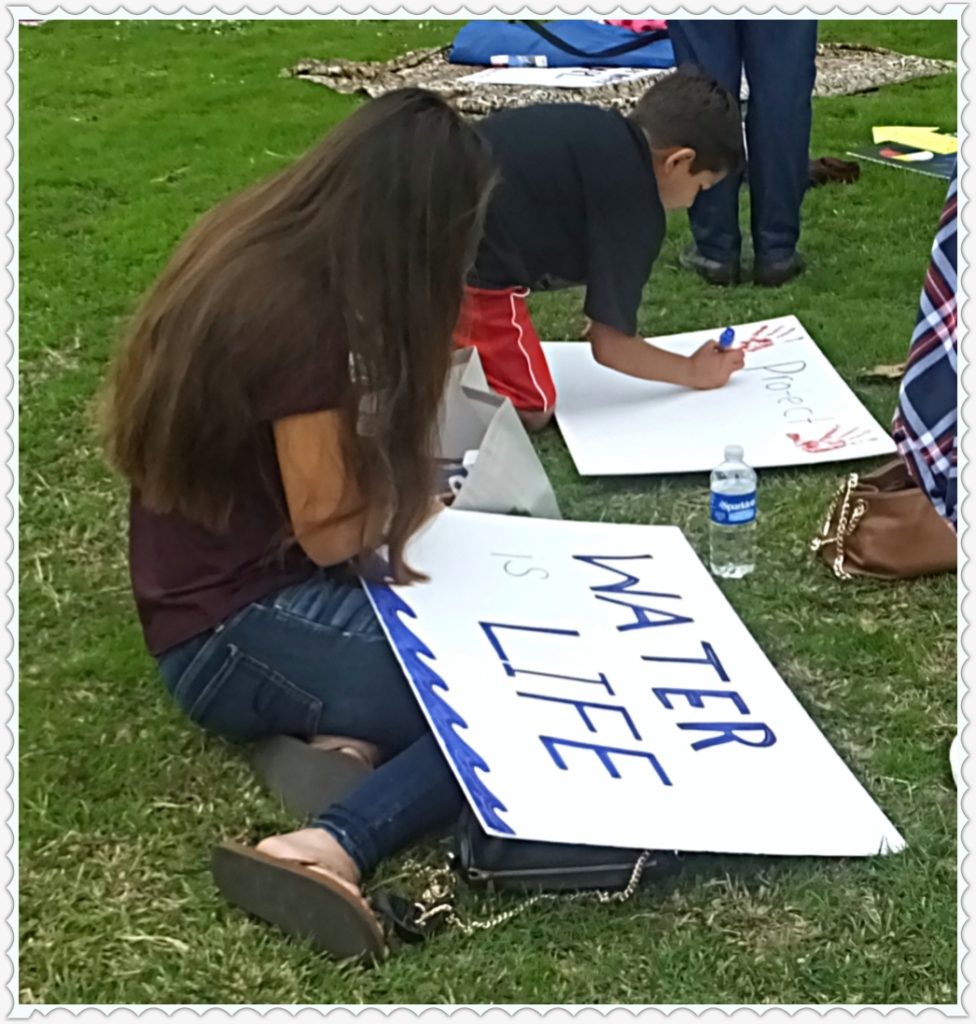 It was a great day, with a lot of good food too! 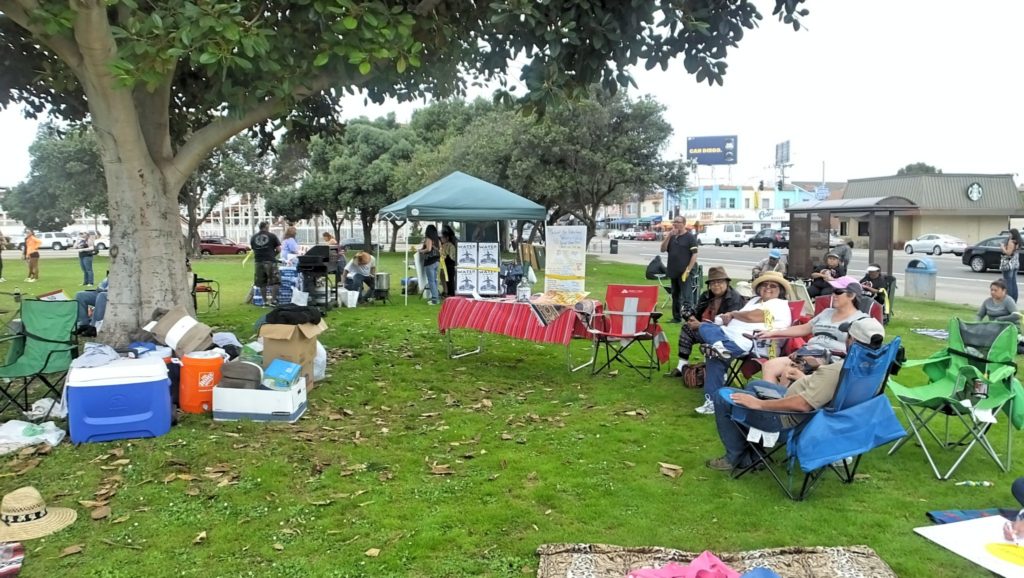 It is nice to know that so many people care about our earth…We lost this one, but are still fighting even more pipelines… 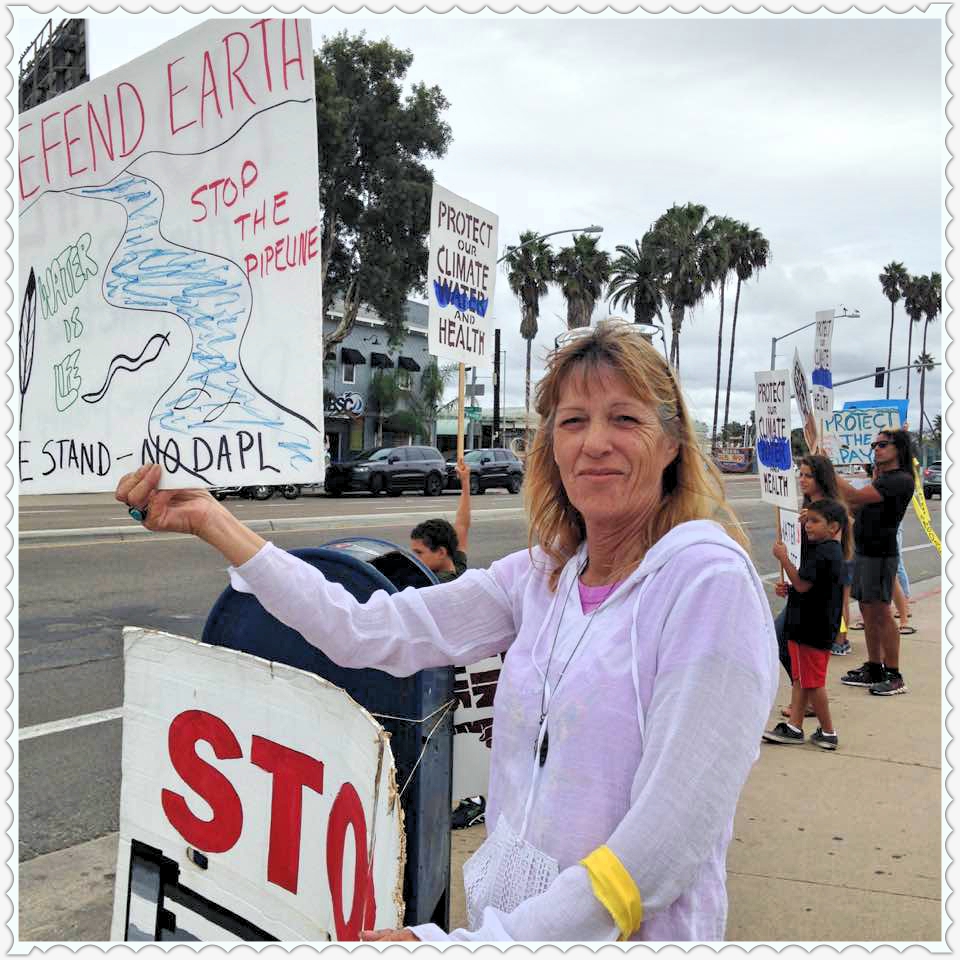