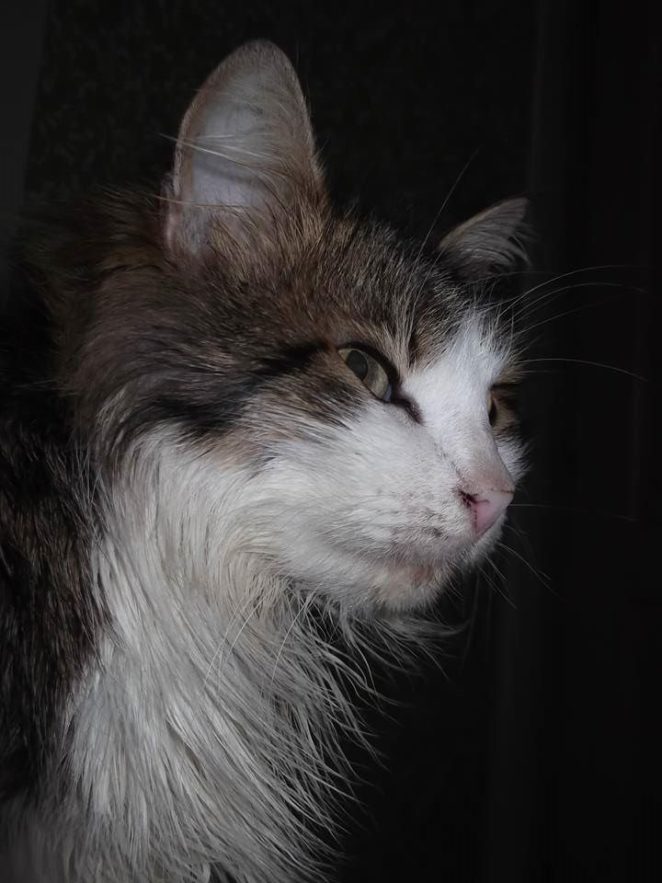 Since many of you reacted very positively on my Mrs. Cat stories, I owe you to introduce my furry family members who are responsible for all the cuteness. I’ll start with cats and the first lady among them- Dushica. Her name means little soul and it’s a pet name for dear persons, mostly kids, like sweetheart and so. Besides, to close it to English pronouncing it should be written Dooshitza. And she is Alma, from Mrs. Cat’s stories.

She appeared one night, on my daughter’s 17th birthday and stayed forever. Before we adopted her, she was literally adopted by our dog, Negro. You can only imagine how beautiful she was when she enchanted a dog. 🙂

Opposite of the amount of her cuteness is the amount of her eccentricity. She is the most adorable but, at the same time, the most uncuddleable creature in the world. Quite aware of her qualities, she never allow mundanes to treat her as a pet. 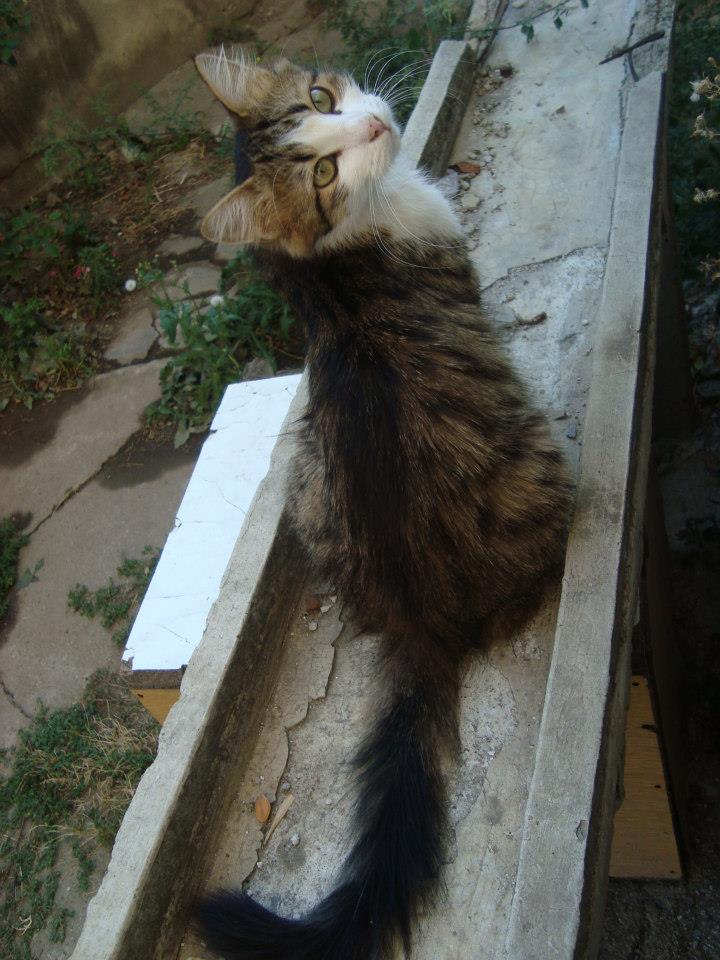 when she came, we didn’t know she was pregnant. So it was a big surprise when she gave birth of three beautiful babies: Gimli, Izis and Bubica (Boobitza). It might be a surprise for Dushica, too, because Gimli was born in the garden and Negro brought him to me. Sounds familiar? Because it is. 🙂 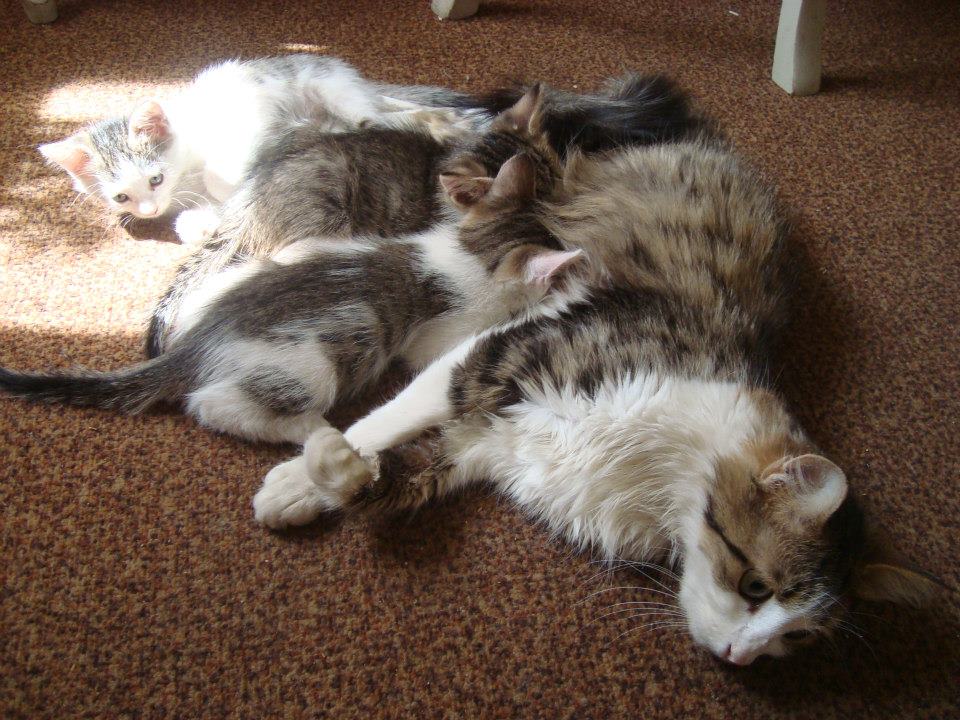 After the first confusion, Dushica shown herself as a devoted mother. She groomed her son, Gimli to be an alpha male and girls to be princesses. Nobody was allowed to start eating before Gimli, so both girls and she waited for him to finish so they could eat. But, on the other side, while she play tenderly with girls, Gimli had military training. 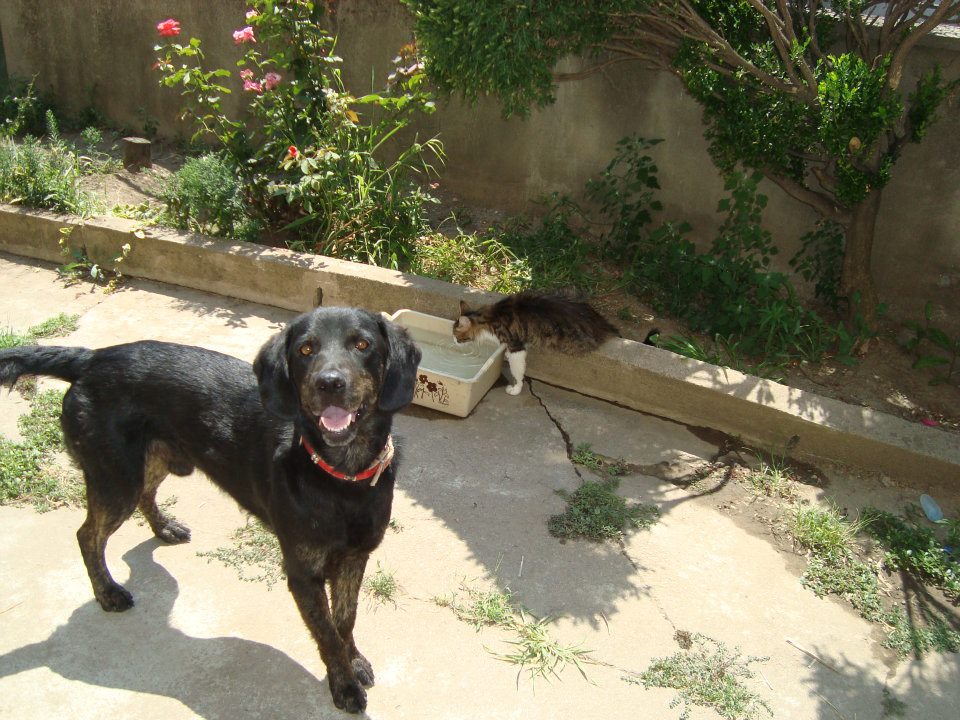 Although a full time mother, Dushica has never missed a day to be outside with Negro. 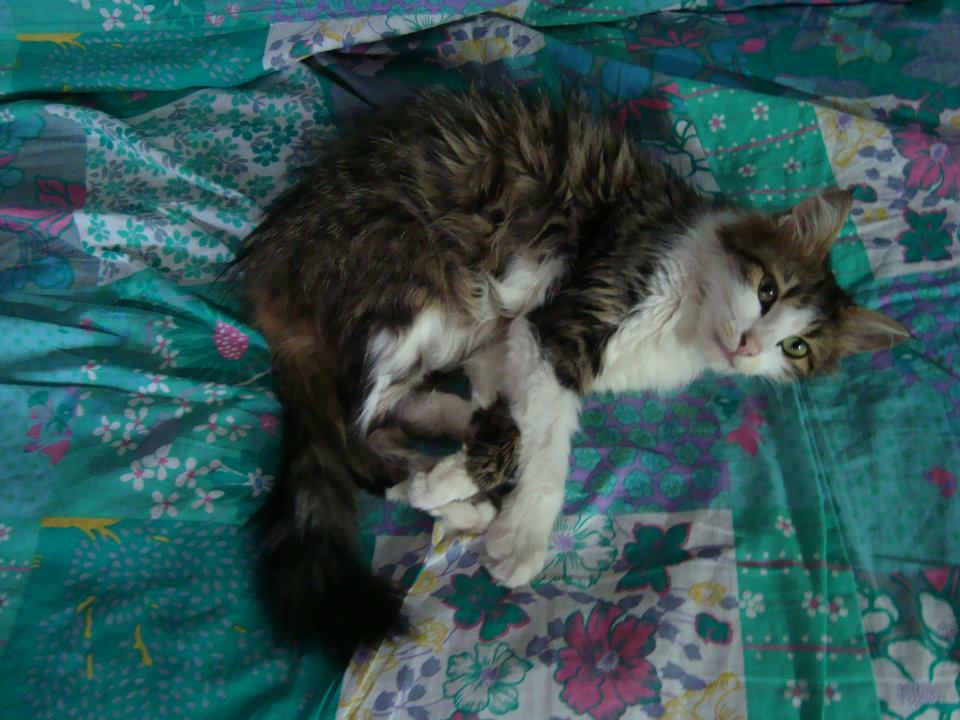 ……Or to pose for photographing. 🙂 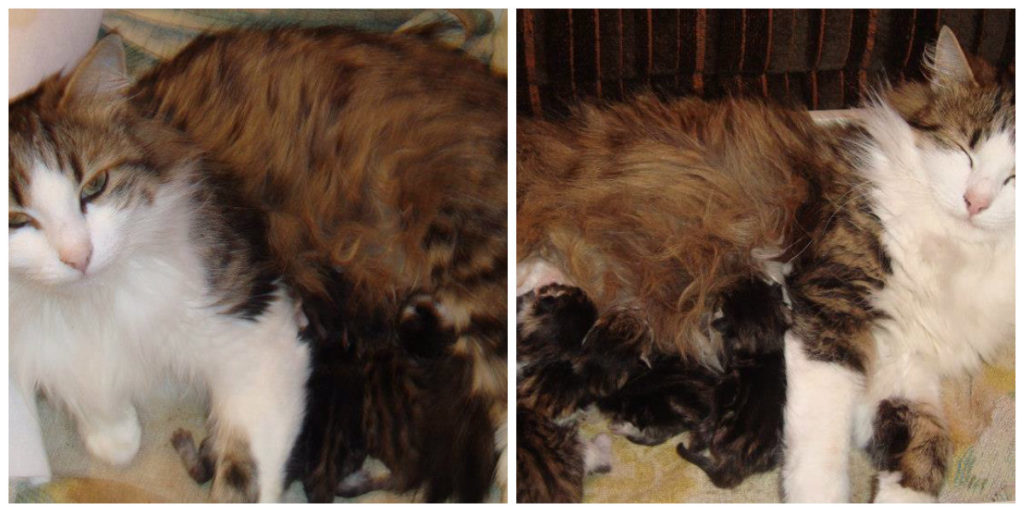 When her babies were eight months old, she gave birth to four amazing boys: Freddy, George, Leo and Piggy. Gimli was so jealous that he left the room every time some of babies cried. The worst insult for him was the moment little Freddy climbed on my bed. From that moment, Gimli quit sleeping on my pillow. 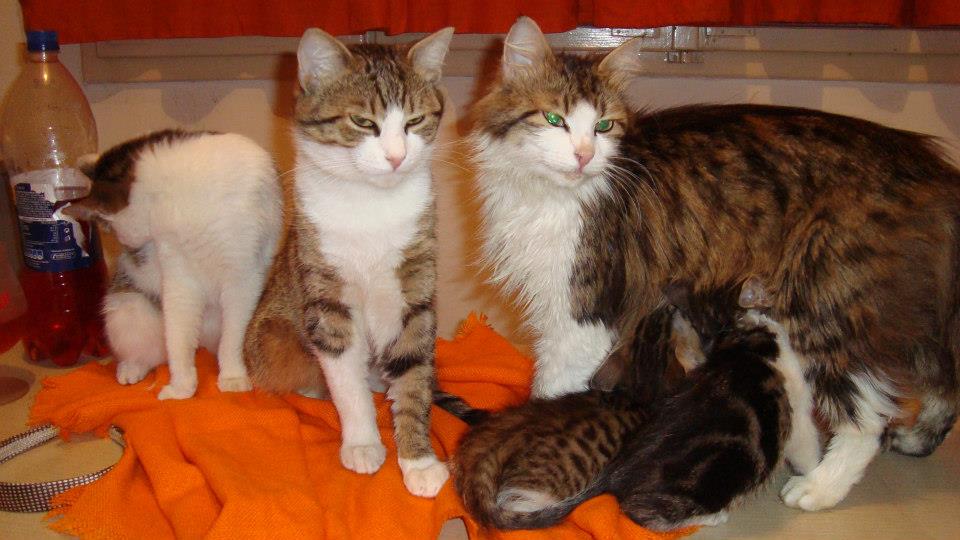 No matter how hard Gimley tried to ignore, and later to slap his younger brothers, Dushica has never interfered. She taught them to fight for themselves, but never to confront the alpha. Gimli was one and the only and all of them had to obey him. 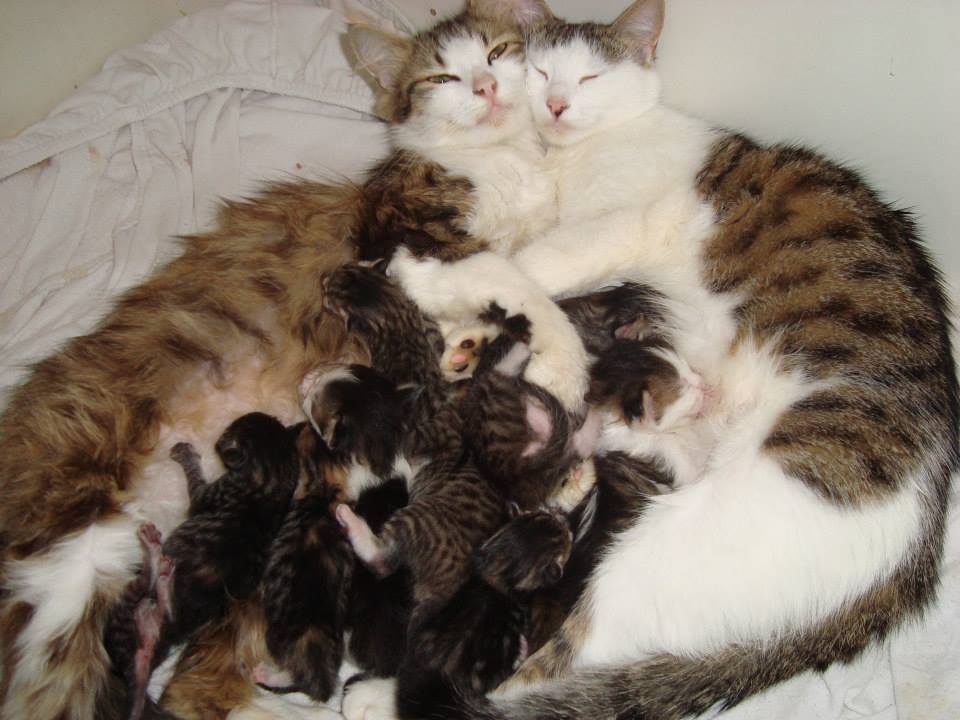 It seems that Dushica decided to make an army for her first born. When she got pregnant for the third time, her agenda was obvious. It happened that both Dushica and her daughter, Izis got pregnant at the same time and it came as a relief, because Izis wasn’t a skillful mother. First of all, she tried to feed her newborns with some cooked chicken liver, I brought for her and was out of mind when I put babies to breastfeed. Dushica was more than helpful at that time. But, second day, she brought me all the babies in to the bed and went out to sunbath with Negro. Izis’ babies were a week older, so Dushica could help her in those first days. Her babies were: Momchilo, Tomica, Lena and Yuliana. Two boys and two girls. Dushica’s babies were: Dyurdya, Emilio, Juliana, Quilt and Alexa. Three girls and two boys. when babies grew up, Dushica was neutered. 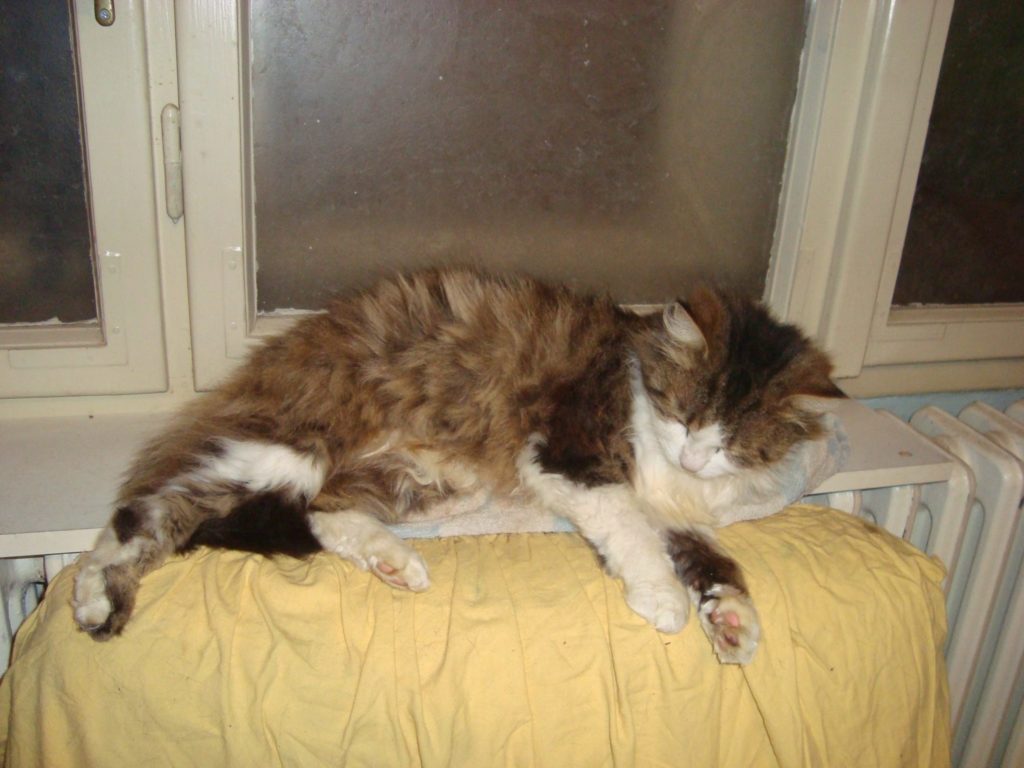 And now, Dushica is an older lady. She is a granny and a great granny. Her habits remain the same: her peace is of the utmost importance and her little chit chats with Negro are unnegotiable. Although she sleeps on my bed and often on me, she could be touched on her request only.