Freddy was born as the oldest of four boys. That was on a warm spring day, when mom Dushica decided to enrich this world with four awesome babies. This time, my daughter was present and we prepare a nice, cozy place for that happy moment. Still, Dushica known as a real drama queen preferred to do that on Dora’s lap. Until two of us realized what was happening, a little, dark head started to emerge from…. well, under the tail and I reached my hands to help it went out. It was slimy and warm and the first thing I did was to tear that cover in the mouth area in order to allow air to be inhaled by a wet, tiny, kicking creature. And surprisingly, little fellow wasn’t cleared properly, Dushica started to take position for another delivery. What was more amazing (and also very funny), the kitten grabbed her tit and started to suck. I didn’t know what to do first: whether to deliver another baby or to take care not to hurt the sucking one in the process. In that fuss, another baby boy is born. 😀 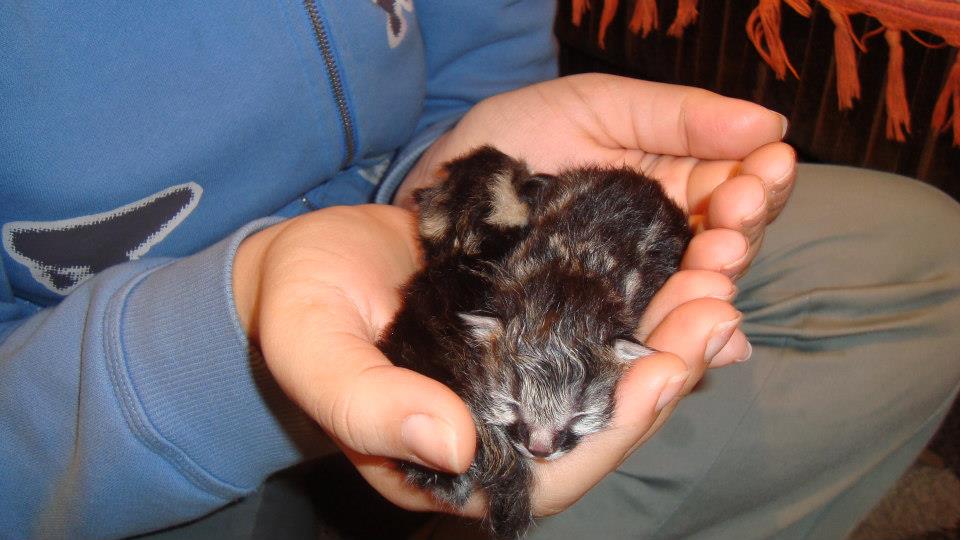 I wanted to name the first one (who was still sucking like a vacuum), Fedor because it looked very seriously and even sternly, because he had a pattern like big mustaches. My daughter disagreed. She suggested to name two boys Freddy and George, like Weasley twins, from Harry Potter’s books. 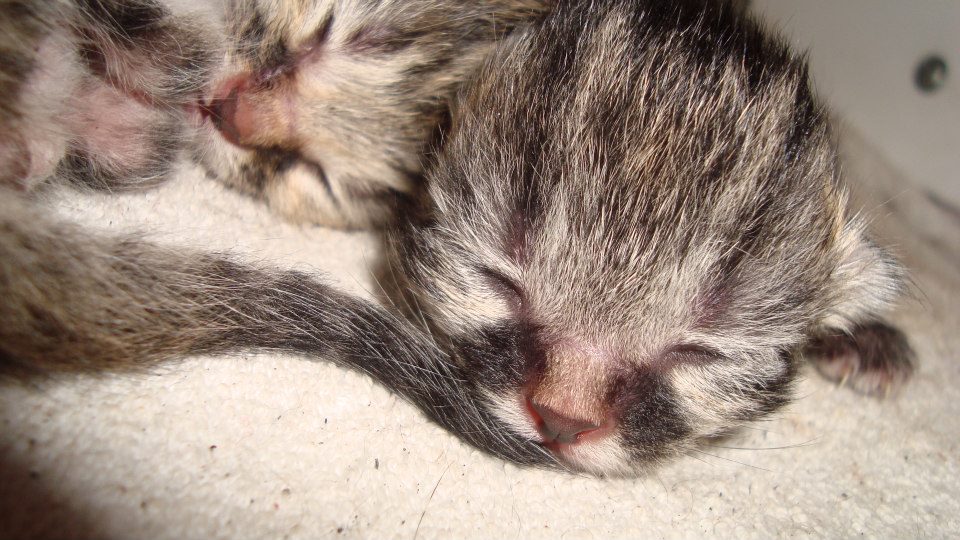 After a few hours, another two boys were born. Until that time, I was holding Freddy in my hands, because as soon as I try to put him down, he would start to scream. Not in pain or fear, but for complaining. He simply chose me to be his human mom. Ever since then Freddy remained in my hands, lap or, even on my head. He used every spare moment to cuddle with me, or at least to sleep on my shoulder, or on my bun. 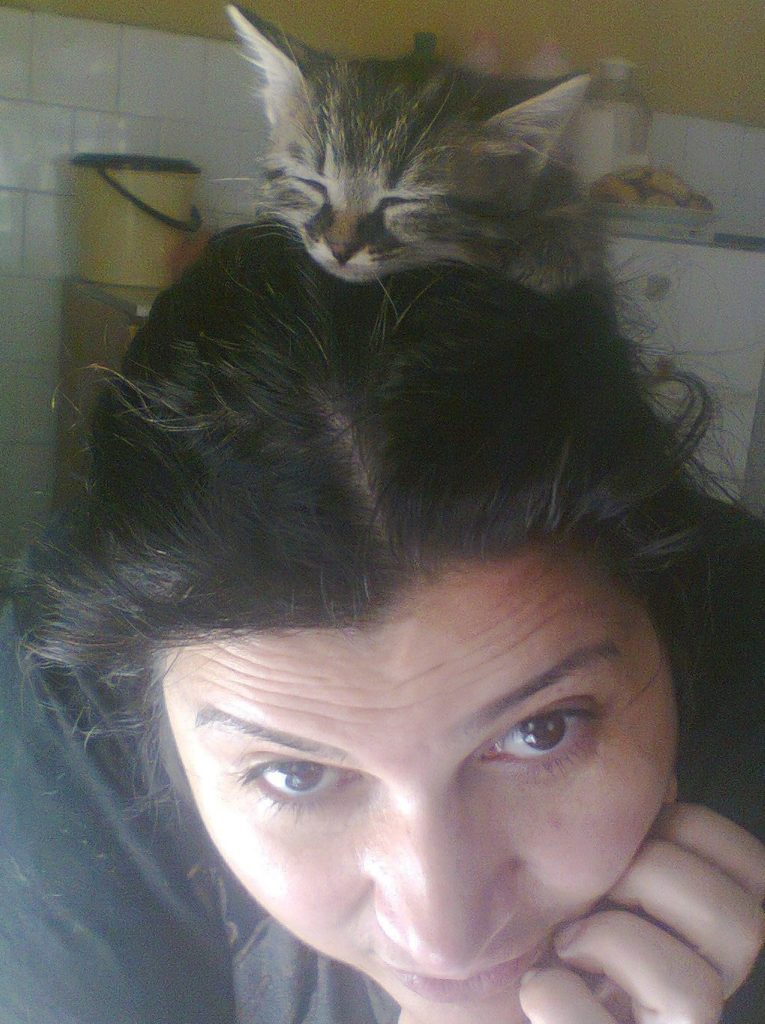 Despite of his fierce appearance, Freddy was one real goody-goody. He never fought his siblings or poked girls. My word was the rule for him and he never did anything he knew I wouldn’t allow. His two brothers, George and Leo wee given away and the youngest, Piggy was much bigger than him ( and a way too naughtier) so Freddy was and still is mama’s boy. Interesting, but he was the only one Gisha has never bullied. In fact, Gimli was pretty tolerant and I dare to say, maybe he even liked Freddy a bit… 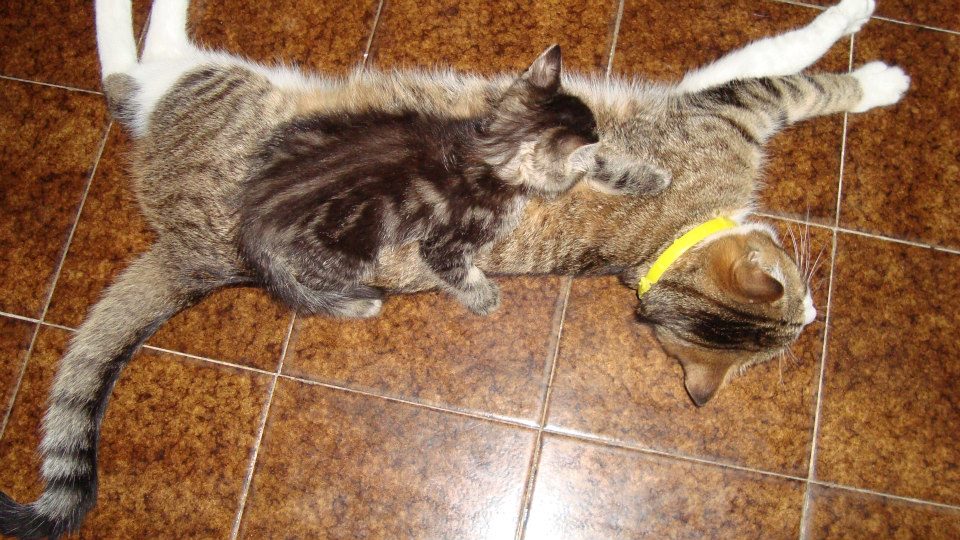 In rare moments of peace and harmony among siblings, we tried to take photos of them all. Never succeed. Every time, some of them moved too fast to catch the perfect moment. 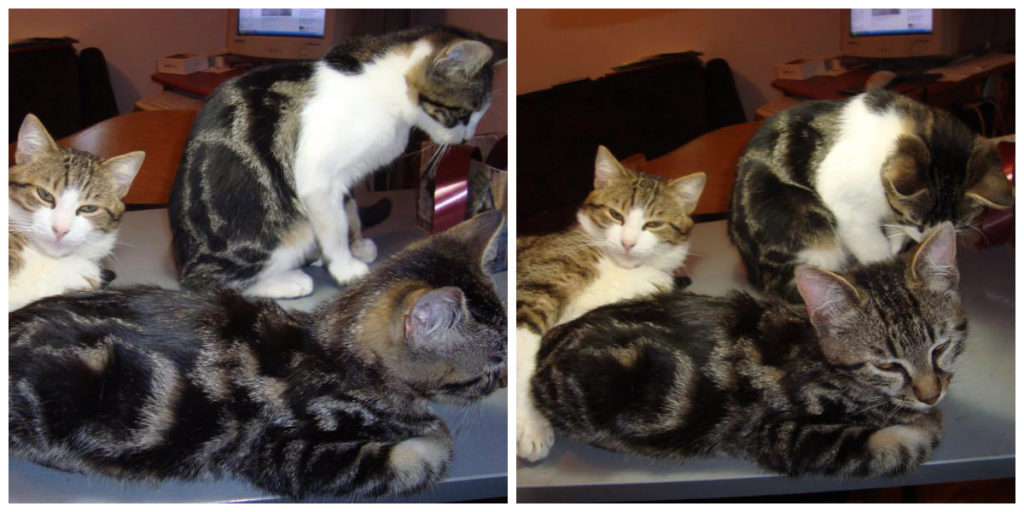 Freddy is all grown up now, but he is still my baby boy. He has funny, raucous voice, sounds more like a frog than a cat, but he is the only one who calls me “mama”. I swear that is the truth. Grown up cats don’t meow to each others, it is a sound reserved for addressing to humans. Freddy never meows, but the sound he make to call me really resembles on “mama mama mama”. Dora was the first to notice that and now, all my friends make fun of us, overprotective mother and her spoiled son. Even it is not true at all. 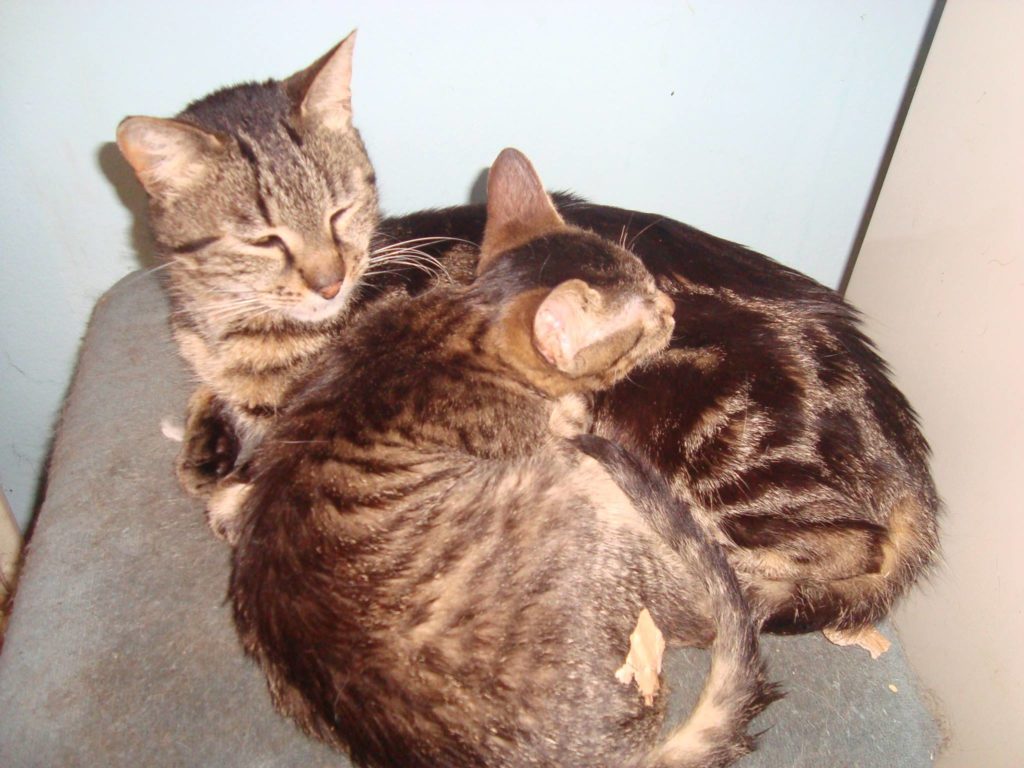 On the contrary, Freddy is one responsible and trusting cat who takes care of all his siblings both born here and adopted. He is extremely gentle with kittens and allows them everything. That’s how we got so many spoiled cats. 😀 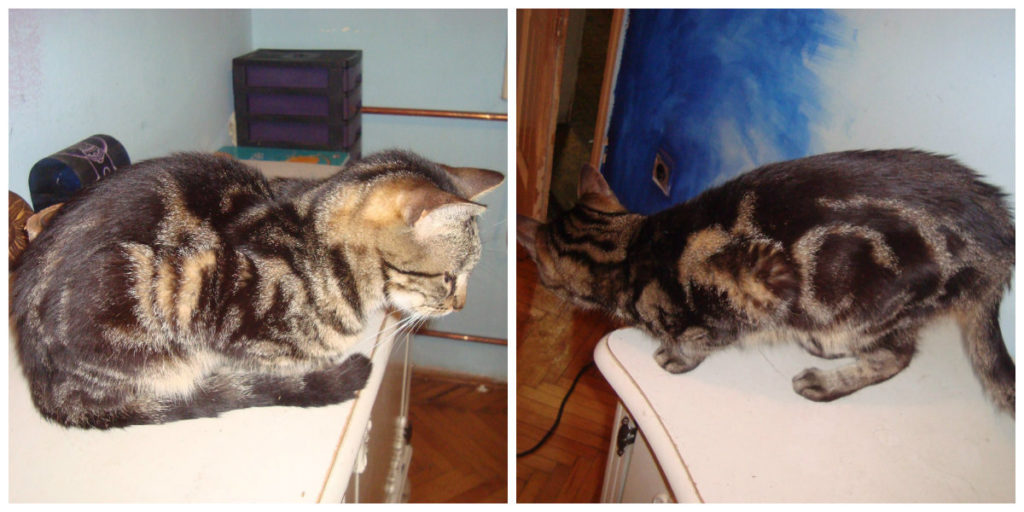