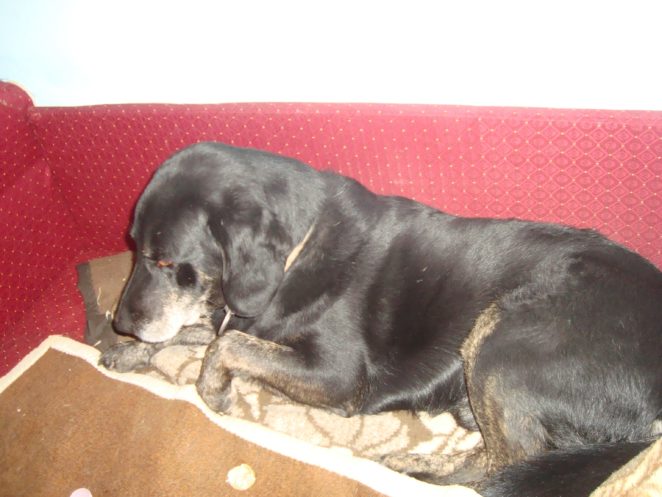 At the first time, Alma was not much of a people’s person. She preferred Blacky’s company, so she used every moment (and opened window, too) to lay on the porch, beside her dog. Especially when she was mad at Cat, or Dora, mostly for bathing her, she used to jump from the window, or even from the balcony, in order to seek Blacky’s protection.

Another month passed filled with happiness and joy. One weekend, Dora was in the town, spending few days at friend, Alma started to act very strange. As she woke up in the morning, she started to nag and complain. All of a sudden, she disappeared. Cat called her in breakfast time, called her again for lunch, but since Alma didn’t show up for diner, too, she started to worry. There were an ruined shack just across Cat’s house and all the alley cats lived there. Sometimes, some family cats joined them, but Alma despised those filthy creatures. She was quite a lady. That’s why Cat had no idea where to look for her.

It passed ten, that night, when Cat heard a strange noise. Although Blacky was upset and called Alma all day long, something changed in the way he barked. Now he was angry, too. She listened to the voices from outside and heard Alma’s nagging meowing. The cat returned and had a quarrel with Blacky. Cat opened the door to let Alma in, ignoring Blacky’s calling and lecturing the little wanderer:

“You scared me to death, little lady. Blacky and me both were worried for you.Where have you been for so long?”

Alma rubbed on Cat’s leg and than her human mom noticed something that froze her. There were a tiny blood trail, from the tail, to Alma’s foot.

“Oh, my God, you had babies! Heavens, I didn’t notice that you’ve been pregnant! Poor baby, your kittens are lost!”

And, as an answer, Cat heard a kitten’s meow.

“Blacky! He could harm the baby!”

She rushed out right on time to see Blacky lifted something from the ground. The dog carried a kitten in his jaws.

Another meow! It’s alive! Blacky brought his precious cargo and left it by Cat’s feet. The kitten was moving. Cat took it and brought in to the house and put it in Alma’s basket. New mamma started to lick her baby, while little devil complained. She ate placenta and baby found its way to the breast. All that time, Blacky was laying on the doorstep, guarding his cats. Mrs. Cat was touched beyond words. She let her smart dog in to see his cat and her baby. Blacky licked both of them once and went out.

Later that night, Alma gave birth to another kitten, then to another. First one was a boy, named Gisha and two other were girls, Isis and Hera. 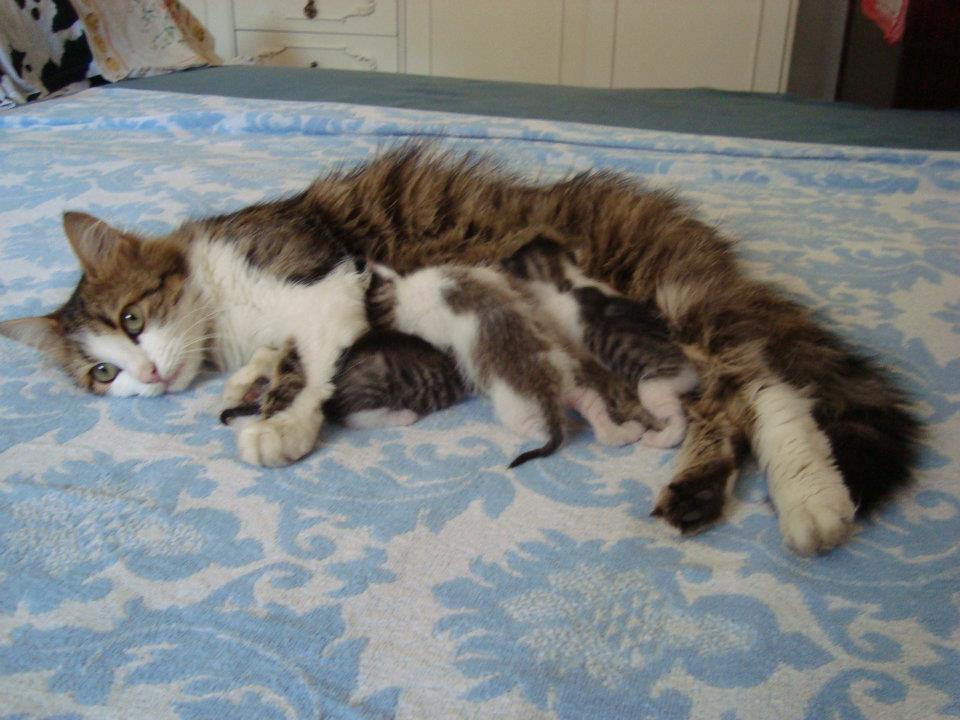 Dora came home around noon. Cat was in the garden.

“I’m here, in the shade. Come, there’s coffee, we have to celebrate new lives.”- called mother, as soon as Dora showed on the gate.

“I have to tell you the most amazing story about how wise animals are. And about the great lie that there is hostility among animals. They are pure souls, unable to hate each others. If they are feed well and safe, they live together in peace. Alma went to give birth to her kittens among other cats, but had little trust in her own species. That’s why she went back home, but Gisha couldn’t wait longer, so she gave birth on the porch. That made Blacky a mid-wife, for he was the first one who took the baby. And that is what we celebrate now- great wisdom of all living things in nature.”

To emphasize that claim, Alma meowed, calling for Cat.

“What does she want now?”- asked Dora.

“She must be hungry. I’m coming, you little wanderer!”

“Speaking of that, I am hungry, too.”- smiled Dora.