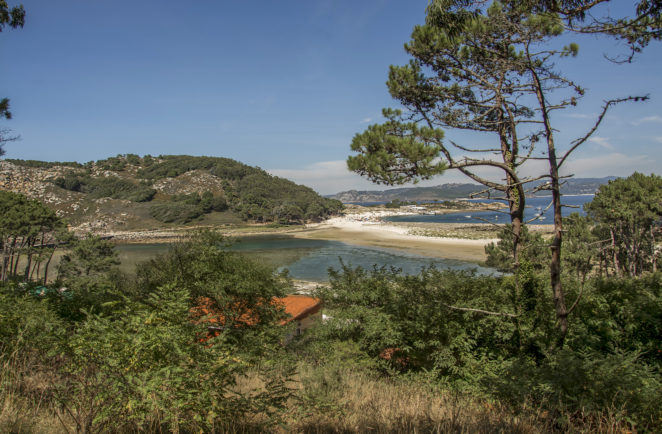 The Cies islands are an archipelago located to the northwest of the Iberian peninsula, in the mouth of the estuary of Vigo, part of the Rías Bajas Galician, in Spain, formed by three islands: North or Monteagudo, Del Medio or Faro and South or San Martin.

In February 2007 the British newspaper The Guardian chose Rhodes Beach as the best beach in the world.

In 1980 the Cíes Islands were declared a natural park because of their high natural value of this space and the rapid deterioration that was suffering because of human activities. Over the years, the legal status of protection varies until on November 21, 2000, the Galician Parliament unanimously agrees to ask the central government for the declaration of the archipelago as a national park.

The national parks are natural areas little transformed by human action that, based on their landscaping, geological interest, their ecosystems or the singularity of their flora and fauna, have aesthetic, ecological, educational or scientific values for which they deserve A special protection. In Cies, therefore, all activities that alter or jeopardize the stability of ecosystems are excluded.