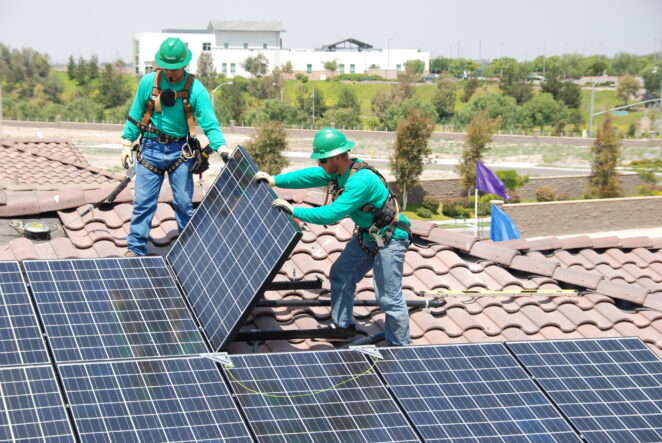 Today is an exciting day. I have right now, a solar system on my roof that is running around 20% efficiency. Due to the rain and cooler air temperatures, that is enough to power our house. If we lost control today during the daylight hours, we are power connection free. The concept in question is called Transactive energy or TE for short. TE or transactive energy is a very complicated world that means energy producers can exchange their products with a third party. Most states in the US and many countries support the concepts of TE, but the reality is the system isn’t designed today for the creation of what is called a micro-grid.

A grid is simply any place where a power production system exists, and power consumption systems exist. Today, most people with solar power end up consuming their power. The extra or “overage” really doesn’t go anywhere. It is wasted. Now, some of the newer solar roof installations also include a battery system. In that case, you literally germinate solar power, and place that into the battery and then over time consume that. In that case, you can produce more energy every day than you consume, knowing you will store the extra in a battery. You have effectively created a power grid, but one that only involves your home.

TE is the ability to instead of store the extra power in a battery to sell it back to the electric company. The laws are now in place in many parts of the world to do this. More and more homes all around the globe are adding solar power—the impact on the environment doing that is enormous. The last piece today, I will end with is the solar panel toxic waste issue. Yes, solar panels have a percentage of materials that are toxic to them. If they were released into the atmosphere in one year, they would represent a minimal amount of toxic waste. But Solar panels aren’t built for a one year use; they are made for 20 years. When you factor 20 years of coal or other power for your home, versus the toxic waste in the panels, the amount of solar panel toxicity is negligible. IF you have a battery system, the amount of toxic waste is a little higher. But the reality is these things can and should be recycled. Most people that put solar panels on their roofs would never throw their old boards in the landfill; they probably recycle already anyway!

What do you think about Solar Power?