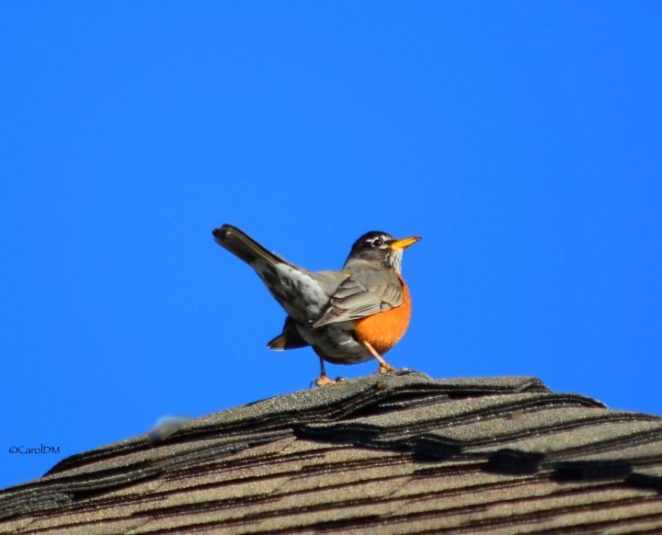 Was out with my camera taking flower pictures. I looked up and saw this Robin on top of my house.

The American robin is widely distributed throughout North America, wintering from southern Canada to central Mexico and along the Pacific Coast. It is the state bird of Connecticut, Michigan, and Wisconsin.

He really had a bird’s eye view from up there. Later I found some of his babies. That is why he was perched up so high. Making sure they were protected.

You never know what you might see when you venture outside.