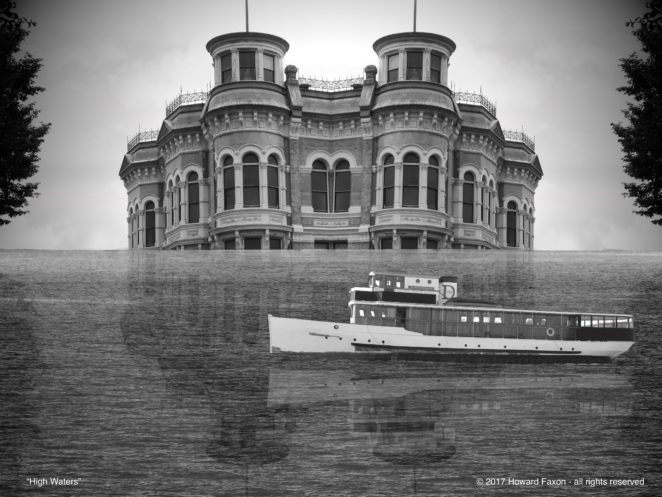 Often in film and photographic arts black and white images are chosen to give an effect of realism. It could be to give the look of a documentary film as was used in the “Battle of Algiers” (1966) or imitate the stark realism of journalistic photography. It is quite effective at conveying the illusion that we are seeing images of a real event.

In opposition to this idea these photographs have been done in black and white in an attempt to increase their sense of dreamlike imagery. It may be that the desired effect derives more from the juxtaposition of disparate objects whose relative sizes are nonsensical than it does from their lack of real world color. Perhaps they profit from a tension between being monochrome and the obvious unreal collage of the elements. The choice works somehow to their advantage in any case. Here are three recent works in the vein of the surreal. 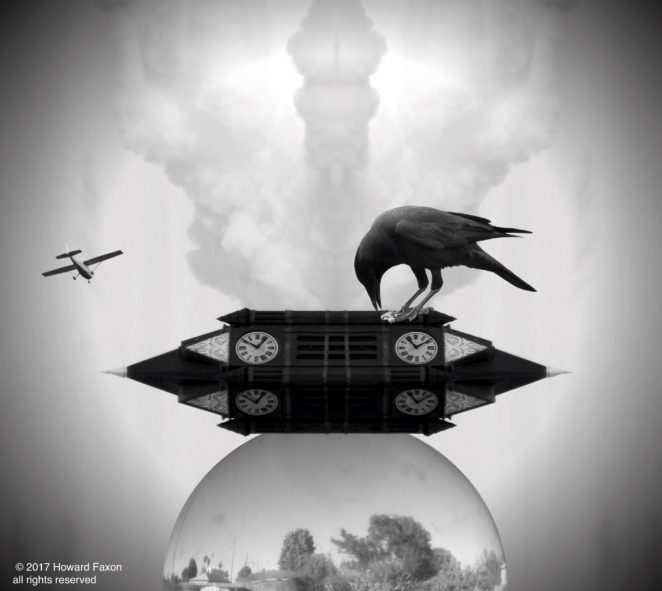 A relatively cartoonish image that may acquire some validity from the hint of a black and white documentary image. There is also a color version of this one. It is unclear which version is more effective. 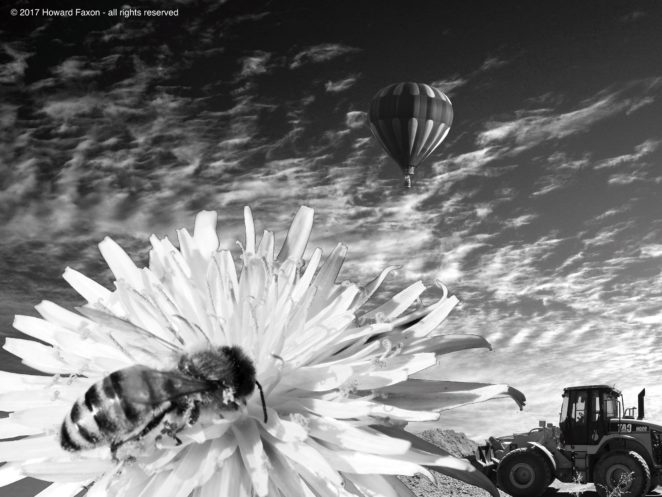 This one works better as a monochrome image. The reasons are not completely obvious.

The symmetry and odd sizes of the elements is dreamlike while the realism of the photographic collage says otherwise.  All together, I like this image relating to rising seas. The stuff of whimsical but worried dreams perhaps.