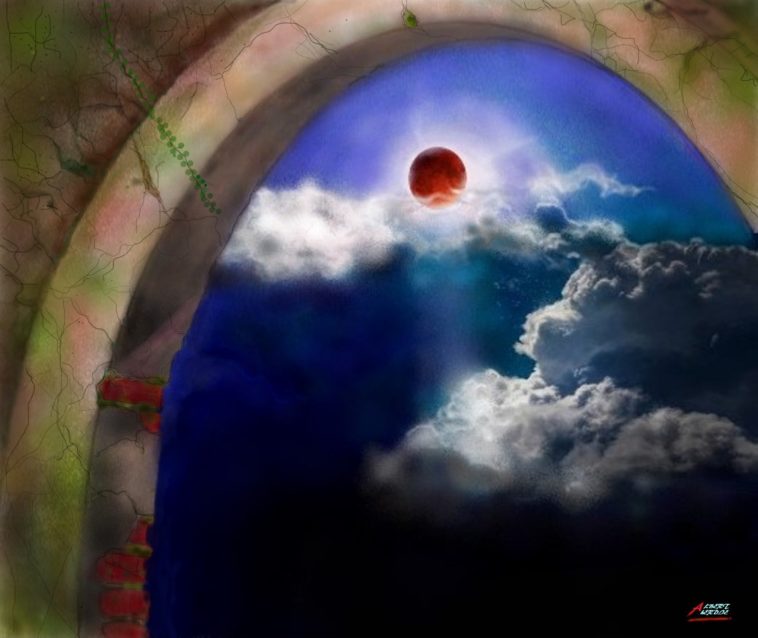 Hidden in the hoarse of debris

Many books on wisdom have been written down

about human beings, creatures of the earth, and also beings of the universe.

Some have been inherited as a chat about trust and disbelief

Who  has also been singing new songs

In a new language for the same meaning.

The same old secrets in the next books

In matching sequences and no

In subsequent languages by means of diverse speak

its skin is a way of caring for soul clothes

during walking around the earth.

Its essence reminded that clothes are clothing

while its emptiness require proof

courage to fused with all beings

and melt in the absence that exist in same grains with the Existence.

If there are crumbs of wisdom of love, and truth

scattered in the crowded streets

perhaps this is new brands of certain roads

This work is dedicated to all sisters & brothers who love La Luna, the moon, the sky, the clouds and the universe.

Illustration by Albert Herdie  – Digital painting from part of Life of the Cosmos series – The Moon is the Witness of the Senile Civilizations.