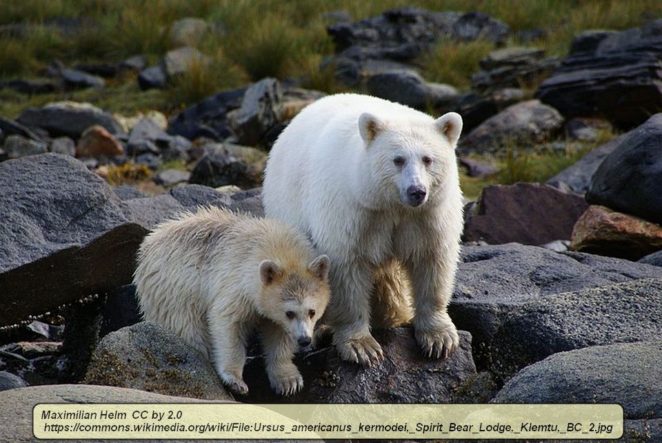 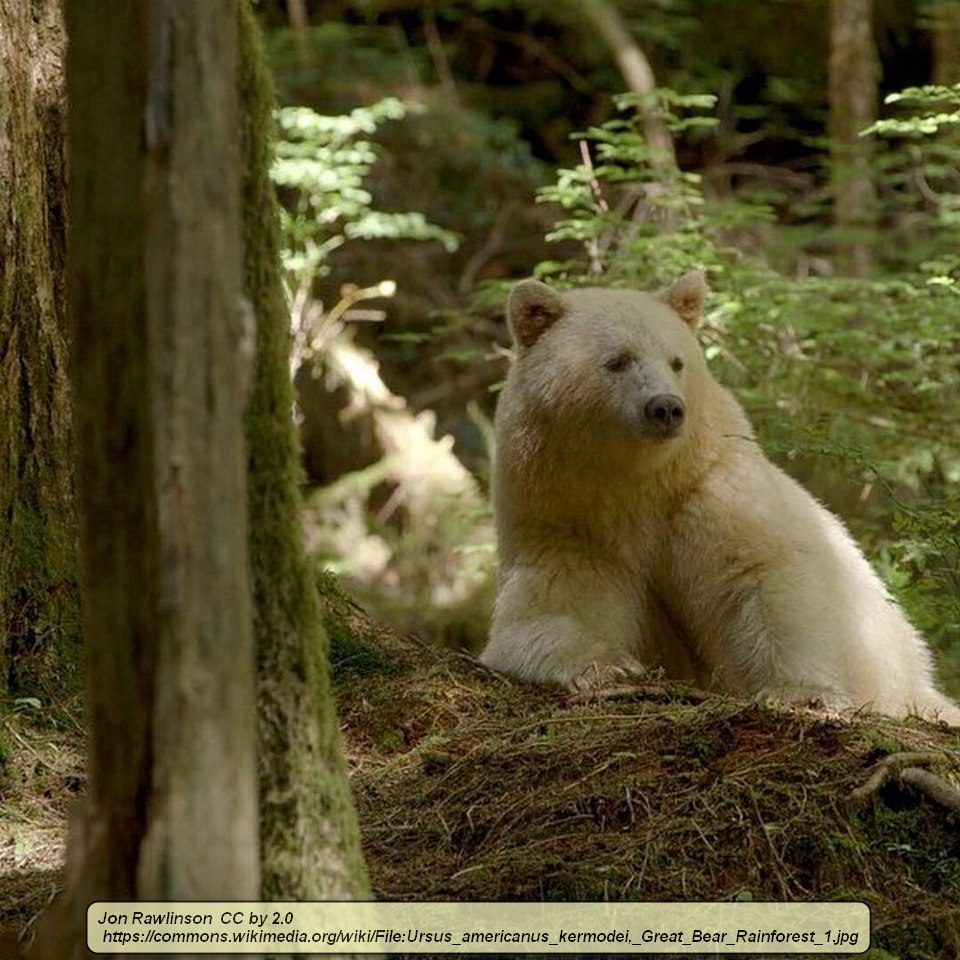 Have you ever heard of spirit bears? What they are can confuse a lot of people. People may think that this kind of bear is some kind of mythical Native American symbol and that the animal doesn’t really exist. This would be incorrect.

Spirit bears are an exceedingly rare sub-species of black bear, also called a Kermode bear. It is white in color, much like a polar bear. Black bears do have black, brown, cinnamon, and white color variations. However, these are bears that live in a very specific area and virtually all of these are white, with few other variations. While the American black bear has the scientific name of Ursus americanus, spirit bears are Ursus americanus kermodei.

All spirit bears, so far as is known, live in a narrow strip of the rainforest of extreme northwest British Columbia, Canada. For a long time, most people who lived outside of the area didn’t believe in they were real. Spirit bears are now shown to actually exist, thanks to photographs and videotapes of them by researchers and National Geographic.

Most of what little we know about them is conjecture. Spirit bears are so rare and live in such an inaccessible area that few extensive studies have been able to be mounted, to research them. Part of what is puzzling to zoologists is that the coastal area where they live isn’t well known for heavy snowfalls, so it is unlikely that the coloration is due to a natural adaptation to allow them to blend in with the snow, as is mostly true with polar bears. 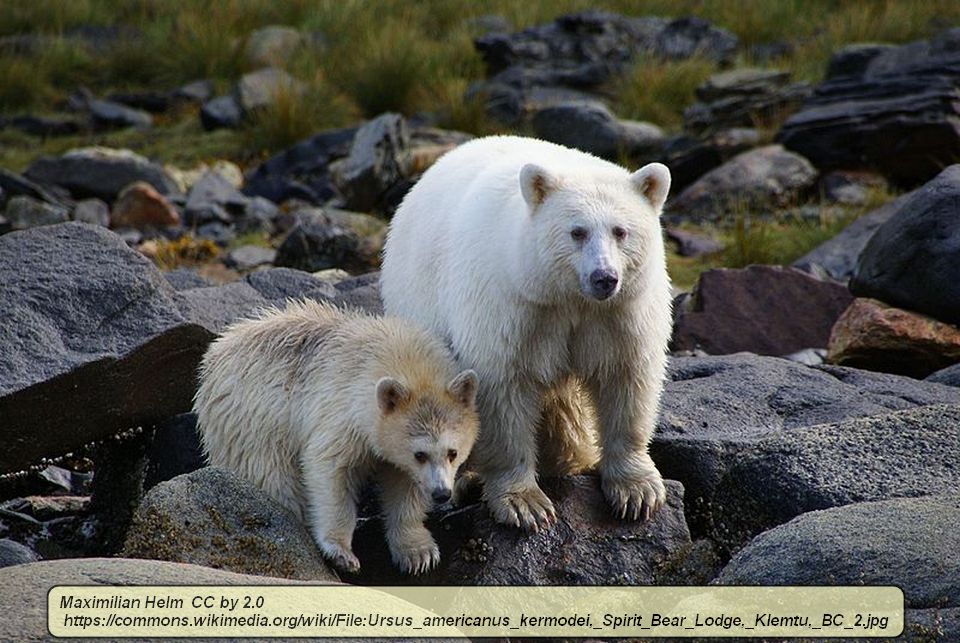 Spirit bears have one or two cubs, rarely three, just as other black bears do and as far as we know. The young would be born late in the year and would be nursed by the mother through the winter. They would also emerge in the spring and would quickly learn what to eat and how to hunt. These are common black bear traits.

All known black bears are omnivores, meaning that they will eat meat as well as vegetation. They will eat carrion if it is available and are exceptionally fond of sweets. They are also adept at catching fish. In the area where spirit bears are known to live, all of these food sources would be plentiful.

Though the area is well-known for black bears, the spirit bears are extremely rare. Estimates are that there are only about 500 of them, all together, which makes them even rarer than pandas (which are not true bears). It appears that the biggest threat to these bears is human development in their habitat. Pollution may also have a negative impact, though the area isn’t known for a great deal of pollution (thankfully).

In size and physical appearance, spirit bears aren’t much different from other black bears, except for the unique coloration for a black bear. Elsewhere, the white phase of black bears is quite unusual, though not unheard of. Though spirit bears have mostly been seen from a distance, they look to be of the same proportions of other black bears. Specifically, that is between 200 and 600 pounds for adults, and up to about four feet ( one and a third meter) tall at the shoulder. Like all healthy black bears, there is little doubt that they are quite powerful and are formidable predators. 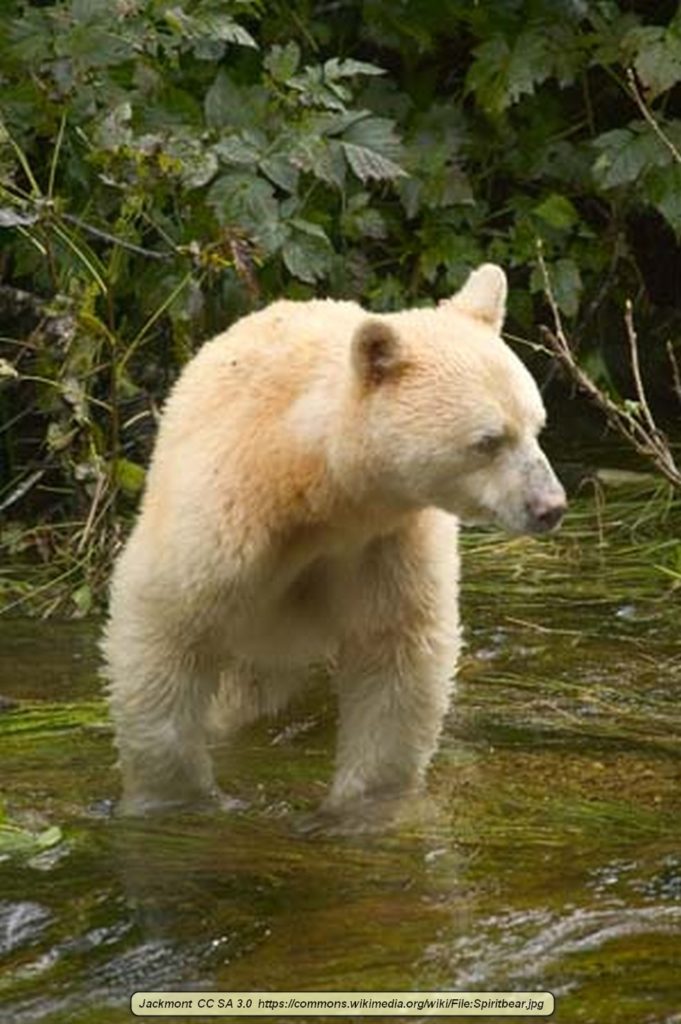 Much more study needs to be done on this unusual bear, so we can better understand its needs and habits. The spirit bear is a spectacular sub-species of black bear that is worthy of our effort to preserve it. We can best do that by first studying it.

The spirit bear is considered sacred by the Native Americans of the area. It is easy to see why.