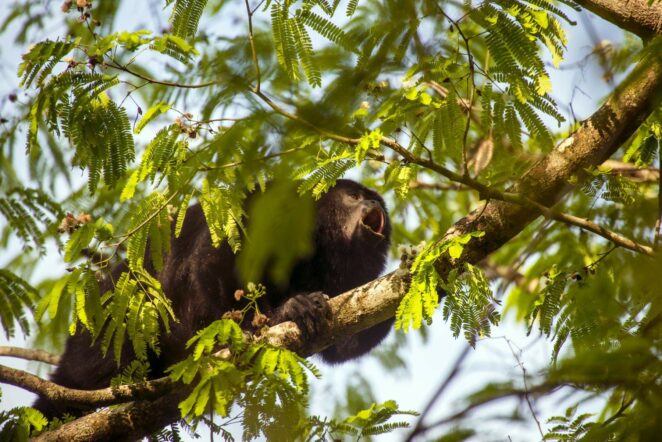 Continuing with my Rainforest Animals series. Sharing the Black Howler Monkey with you today.

The black howler monkey earns its moniker with the loud howl it uses to mark territory. These vocalizations, which sound like a strong wind blowing through a tunnel, can be heard up to two miles away. These monkeys live high up in tall rainforest trees in groups of 4 to 19.

The low and guttural sound of howler monkeys is one of the loudest calls produced by any land animal. Under certain conditions, a howler’s call can be heard from about 3 miles (4.8 kilometers) away. The male’s call is typically louder than the female’s and is produced by drawing air through a cavity in an enlarged hyoid bone in the throat, which is larger in males than in females.