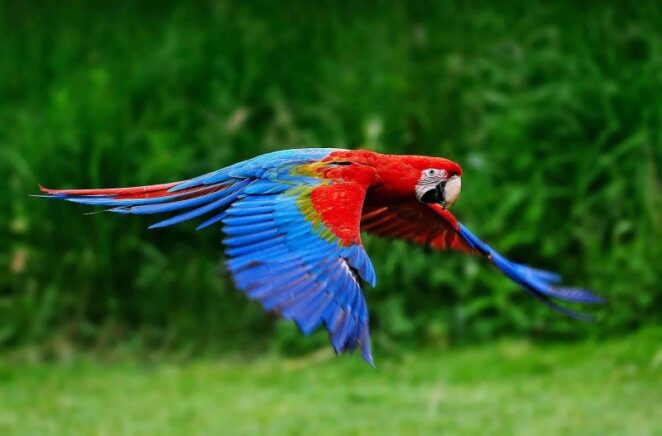 Continuing with my series of many of the Rainforest animals.

If you missed the last post of the series you can see it here:

Animals of the Rainforest #6 CAPYBARA

One of the most iconic rainforest species, the scarlet macaw is a striking, large parrot with bright red plumage and brilliant blue and yellow wing feathers. Its powerful beak can open hard nuts and seeds. Scarlet macaws are one of the few species that mate for life.

Nuts, leaves, berries and seeds from the rainforest make up the bulk of the scarlet macaw’s diet. Interestingly, the scarlet macaw can eat fruits toxic enough to kill other animals. This could be because they also eat large amounts of clay, which is thought to neutralize plant poisons.

The primary threats to the scarlet macaw are habitat loss from rainforest destruction and heavy exploitation for pet trading. In Costa Rica, these birds, which are frequently stolen from their nests, can be sold on the black market unfortunately.