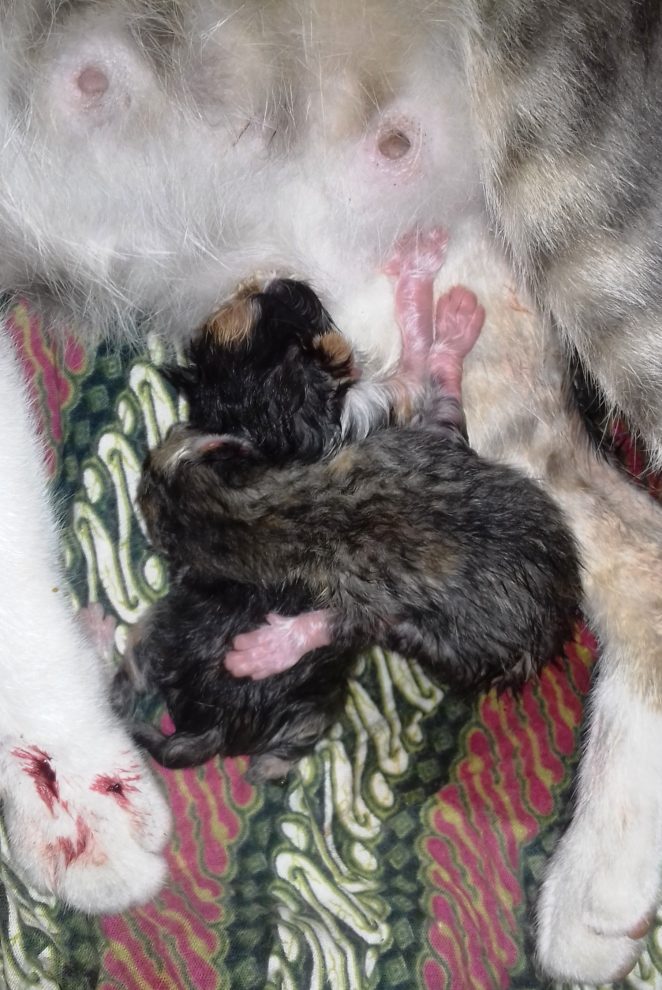 Once again I became a midwife tonight. Yes, Susie gave birth again, and this time she gave birth to four kittens.

I thought before, I didn’t need to accompany her during the delivery process after her first birth last January, but it turned out that since late afternoon she kept meowing while going up and down from my lap.

Around 09 PM, the first baby appears until the fourth around 11 PM. One by one I saw how they came out of Susie’s stomach.

I haven’t checked their sex one by one, which is certain, besides Susie, Blue, and Black, we have four more if the four kittens survive to grow.

The first born kitten is the gray one. The one that has put her head on her sister's body. 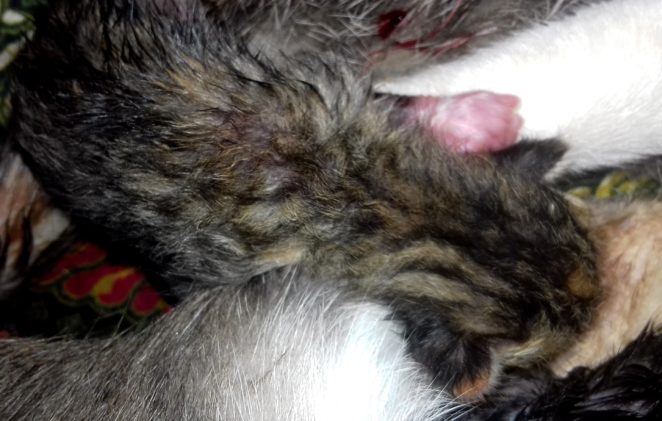 She is the only grayish brown one. 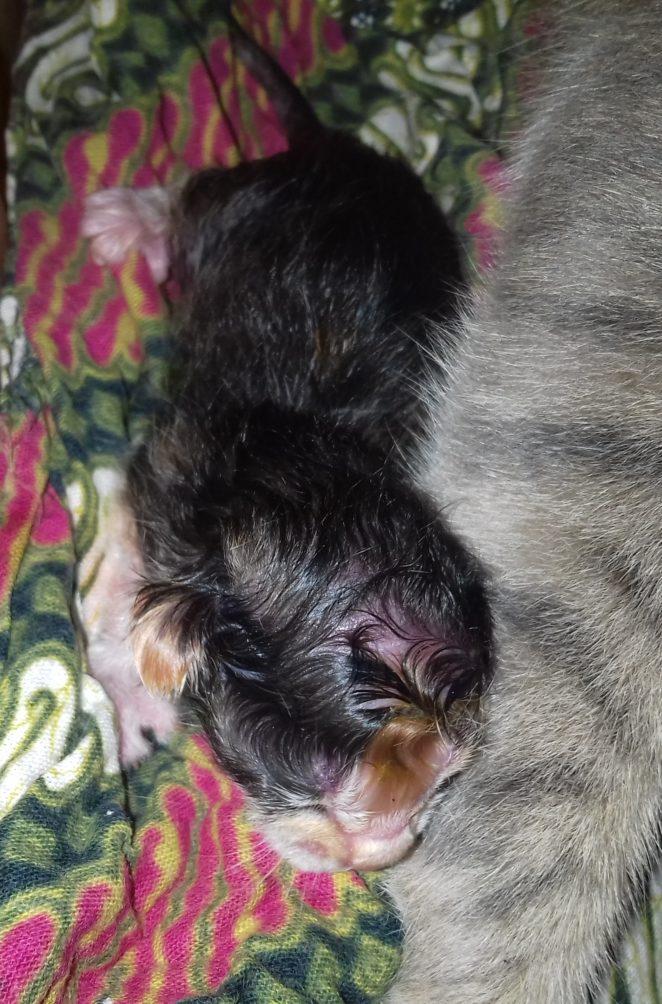 There is a little brown on his forehead and ears. 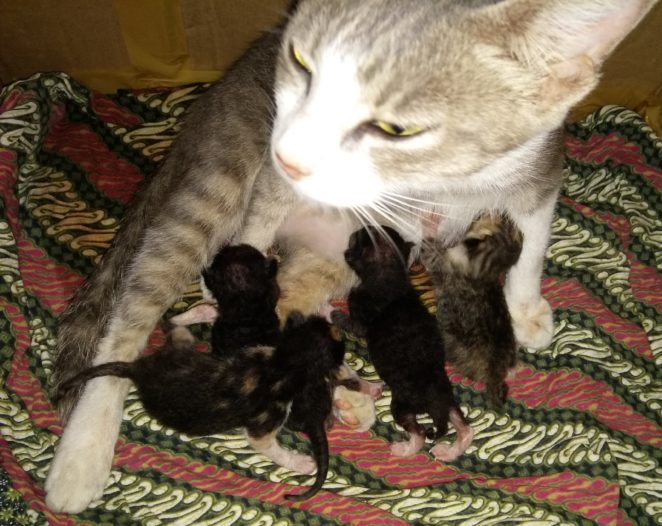 For more convenience, at the same time, I show all four at once.