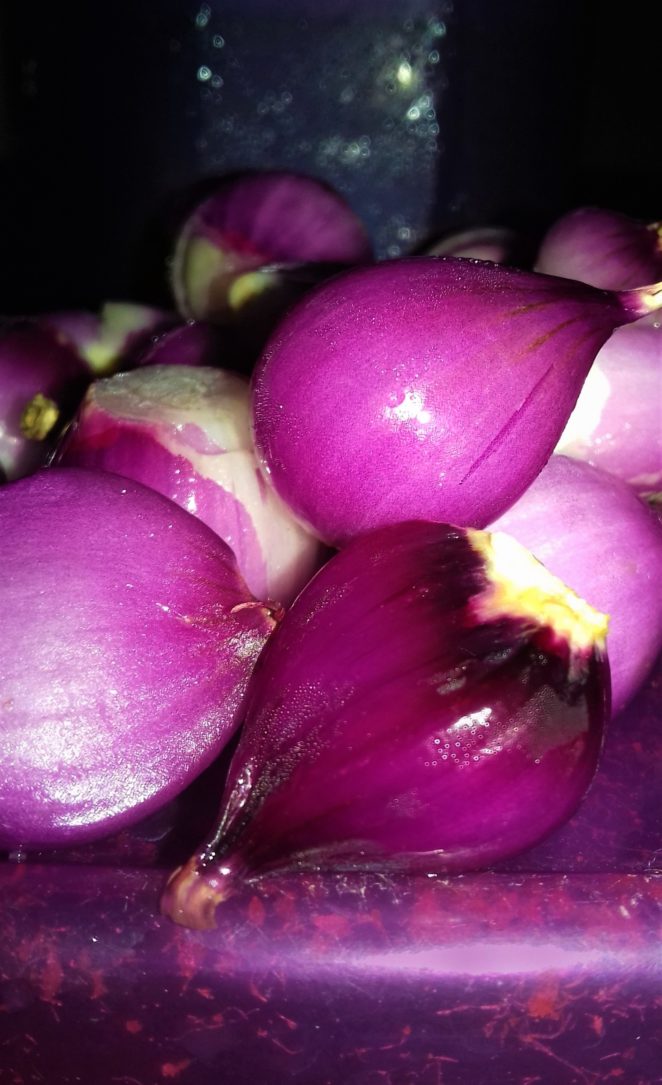 I saw this shallot when I opened the fridge this afternoon, and it reminded me of the Color Crazy Challenge. In my country, this type of onion is called “red onion”, if we notice the color is not red but purple.

For most people in my country, shallot is more widely used as a basic ingredient than onions. The use of shallot as a spice is more or less comparable to the use of garlic which we commonly call “white onion”, and in many recipes, both are often used simultaneously.

In a world of duality, there is folklore in my country that tells of two beautiful girls named Bawang Merah and Bawang Putih where both have very different and contradictory traits and temperaments. Garlic is a simple girl who is humble, diligent, diligent, honest and kind. While Bawang Merah is a girl who is lazy, arrogant, likes to be luxurious, greedy and snobby.

What is interesting about these two types of onions is that if garlic is one whole, the shallots consist of layers which, if peeled one by one, will run out, zero. About that – which I have talked about here a number of times with some friends like Carol and Doc – is a good symbol in our efforts as human beings to know themselves, our higher selves, where if we peel ourselves, layer by layer, what remains is emptiness, emptiness which one of its meaning is fulfilling everything.