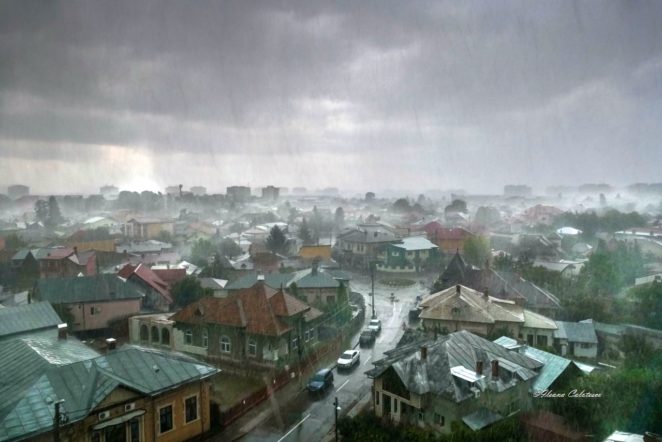 In Romania, temperate climate is becoming more and more a memory. Violent storms, floods,  droughts and even tornadoes have became normality lately. The canicular days alternate with devastating storms like the one in Targoviste today.

I posted a video recorded during that storm  in the previous post. I come now with these pictures taken from my window during the storm. The storm broke out almost out of the blue. In just a few minutes the sky became black, and the visibility diminished. It was scary!