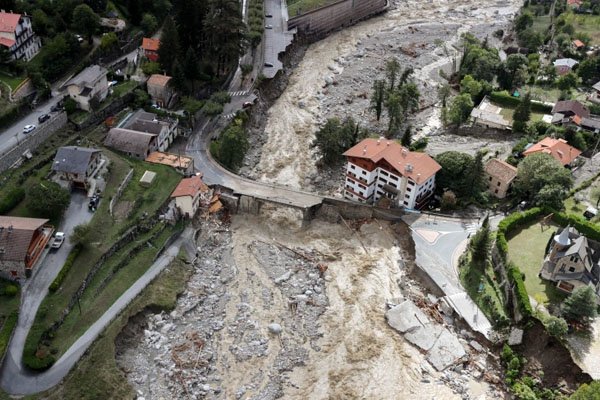 Two bodies have been recovered from a flood relay in Italy one belonging to a rescue official and the other to a civilian. More than 70 injured have been brought to Italian hospitals.

A number of cars were swept away in the floods in italy and France, with a total of 30 people swept away by the relay. Rescue agencies have evacuated 16 tourists, two of them German nationals, who were traveling in their cars on a mountain range between Italy and France.