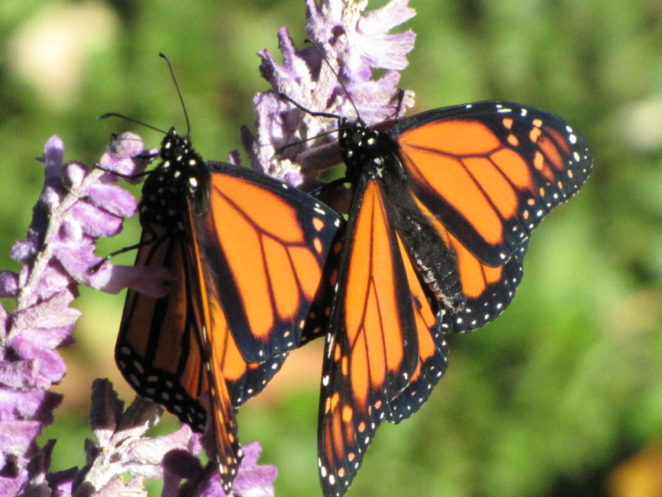 Here is the life cycle of the Monarch Butterflies. The Monarchs begin their life as a white egg on a Milk Weed leaf. Then they eat their shell of an eggs and eat the leaf. During the life stage of being a Monarch Caterpillar they change their skin 5 times.

These are all my own photographs. In New Zealand, most people who want to raise Monarch Butterflies buy a Swan Plant and the butterflies lay their eggs on it. Really Monarch caterpillars will eat any plant with white sap which is called milk weed.

Now, the fifth time the caterpillar changes it’s skin it hangs upside down and spins itself into a Chrysalis.

This Caterpillar is still spinning.

Now as the Chrysalis has formed , it has a gold zipper and 2 gold stars but as it ages it grows darker and you can see the Monarch Butterfly through the Chrysalis

The Hatching is crucial and it’s important that you do not attempt to help the butterfly hatch or else it may become deformed. It it doesn’t hatch on it’s own it probably won’t make it. All you can do is to make sure it has a stable perch

The newly hatched butterfly hangs upside down and the wings unfold, it walks up and down and flaps it’s wings. The growth takes half an hour.

Now after that the butterfly hangs upside down for 2 hours and the wings harden. After a while it’s ready to fly.

This is the first post of Monarch Butterflies. I grow them in a garden in Auckland.