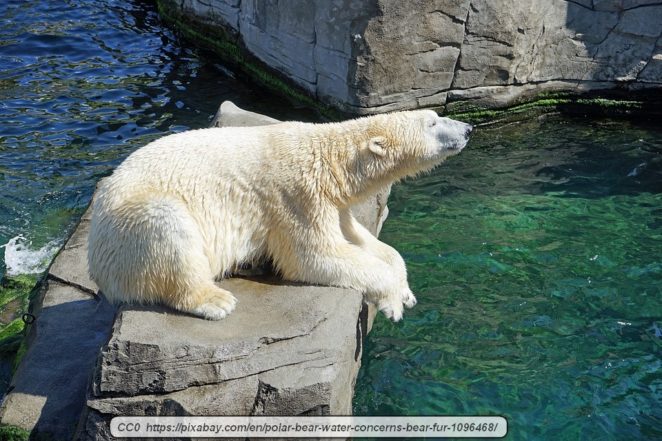 Our world is a wonderfully amazing place in too many ways to count. The animal kingdom, though simply one facet of the earth, is a great example. It is astonishing in so many ways.

Below are 15 facts about animals that are astounding, at the very least. This should give people an increased appreciation for animals and for the planet we live on.

A single-celled creature called a euglena can either be classified as neither a plant nor an animal or as both a plant and an animal. It contains chlorophyll and in the sunlight, it can produce food the same way that plants do. It can move like an animal, though, and in the darkness, it hunts other microorganisms. This is also animal-like.

Little brown bats roost upside down like other bats. However, they are so specialized to this way of life that they fly by first letting go with their legs, falling, and putting out their wings to fly. In fact, if they have nothing to launch themselves from, they can’t fly. On a perfectly flat surface, a little brown bat is helpless and incapable of flying.

On the other hand, vultures need a running start to get airborne. If one is placed in a six foot by six foot enclosure that is too tall for them to hop out of, but which has no top, the animal will starve to death in the cage, unless it is fed.

An American bald eagle has eyesight that is so powerful that if you could teach it to read, it would be able to read the finest print of a newspaper from a mile away.

Alcohol is deadly to scorpions. If you put a drop of alcohol on a scorpion, it will immediately go insane and will sting itself to death.

A black bear has a sense of smell that is better than a bloodhounds’, particularly for sweet smells. They can smell a candy bar from over a mile away. It is a common myth that they have poor eyesight, but a black bear can see about as well as an average human.

A polar bear’s skin is black. The fur is hollow and functions in the same way as fiber-optic cable, carrying sunlight to the skin. This allows the bear to stay warm in even dim sunlight and the hollow hair insulates them against the cold while making them more buoyant when they are swimming.

A moose’s pelt is also hollow and the animal has adapted so well to cold temperatures that if the air temperature rises to 70 F, the moose will die of excessive heat unless it submerges itself in water to stay cool.

Camels originated in North America and spread to South America, then later to Eurasia over the land bridge that once existed. After the land bridge disappeared, Camels died out in North America but survived in North Africa and the Middle East. They also survived in South America. The llama, alpaca,  vicuñas, and guanacos are all members of the camel family, along with dromedary and Bactrian camels that most people think of when they think of camels.

Domesticated dogs usually learn commands faster if they are taught voice and hand commands at the same time.

An elephant can’t jump. They lack the bone structure and muscles necessary for jumping. However, they can smell water from three miles away.

The flea is the master jumper in the world. Fleas are capable of jumping over 200 times its height. Put in human standards, that would be like a six-foot man jumping nearly a quarter of a mile straight up.

On level ground, an adult ostrich can outrun a horse. Also, an ostrich egg contains a volume of about a gallon. Talk about a big omelet!

How about that for some astonishing animal facts? Come on, confess, did you know all of these?