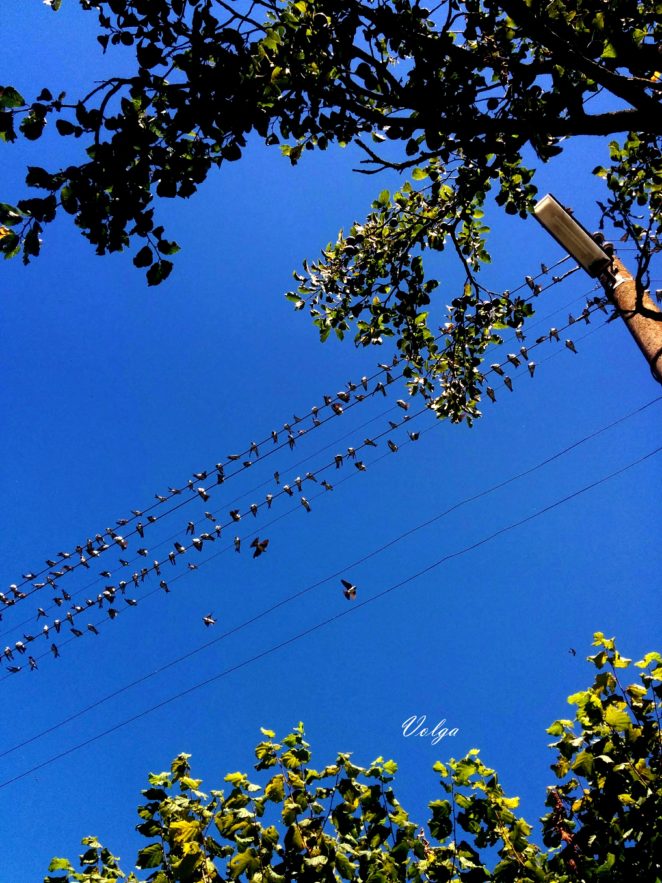 These photos I made near our village house.

I had the feeling that all of the town’s sticks had come together.

It looked like a meeting. They wore the wires, and again the end, and circled in groups.

Maybe they really do a meeting and workout before leaving in the warm countries.

People from ancient times believe that if a swallow hits a new nest of their house, it will bring family happiness, prosperity and peace to the home. According to the belief once every 100 years, a white swallow hunts and it is a miracle of nature, which brings a lot of luck and hope to everyone who sees it.

As early as August, rural swallows began gathering on the wires and preparing for their migration. In about six weeks, they fly over Greece and Western Turkey, over the Mediterranean Sea and along the Nile River, and through the Sahara Desert, continue south to South Africa. They fly to the flock relatively low and usually by day, and at night they rest in marshes on reeds. On the way they eat insects. Annually a swallow eats about one million insects – flies, butterflies, mosquitoes. 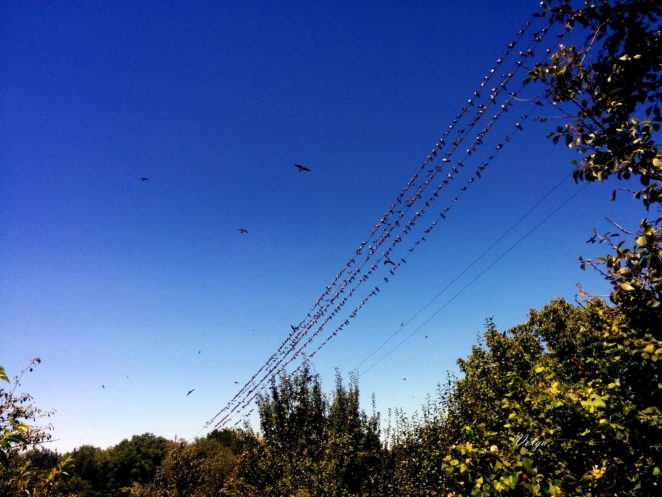 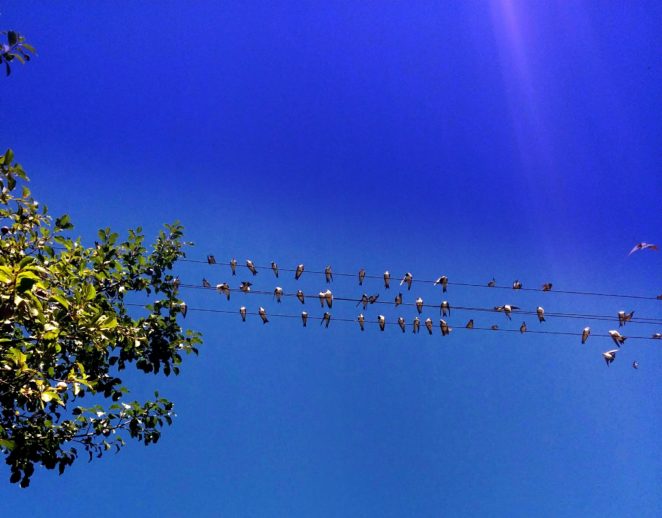 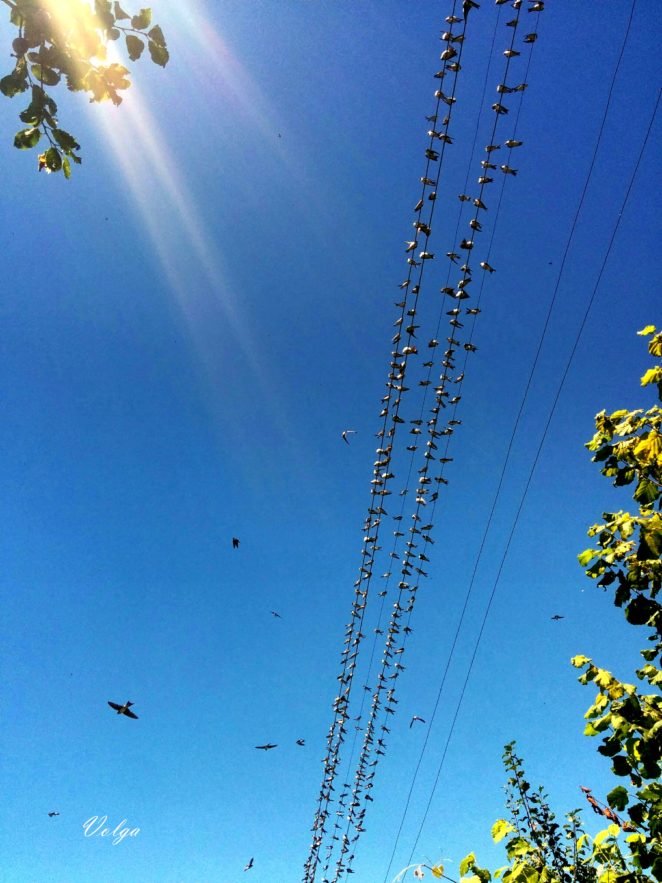