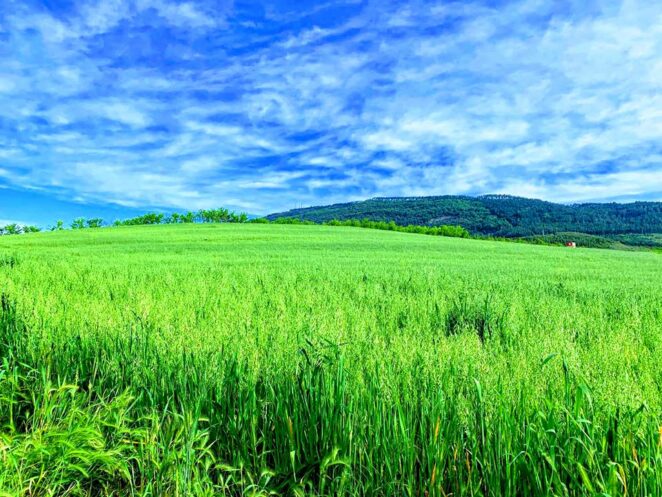 Wheat includes several species of wheat plants belonging to the genus Triticum, family Cereals. Wheat is the most important cereal in the world and is ubiquitous not only in Europe but also in many other parts of the world. Bread, pasta, crackers and cakes are just the beginning of the list of foods made from wheat.

Wheat is an ancient crop that originated in southwest Asia and has been consumed for more than 12,000 years. It was one of the first wheat-grain plants cultivated by humans. Recent studies show that the first cultivation of wheat took place in a small area located in southeastern Turkey.

Its ability to self-pollinate has further facilitated the emergence of a number of varieties in different parts of the world.

It was considered a source of life and played an important role in both culinary and religious aspects. About a third of the world’s population relies on wheat for their diet.

The purposeful selection of wheat seeds and their separation from weeds gradually leads to the creation of cultivars. Domestic wheat has a larger grain compared to wild wheat, and its seeds themselves are more firmly attached to the ears – a factor that facilitates harvesting. The selection of easier-to-harvest varieties was probably not entirely conscious and was most likely the result of simple harvesting. Regardless of the reasons for selection, the result is one – the gradual cultivation of wild wheat to a number of domestic varieties.

With the spread of wheat in Europe, the use of wheat straw as insulation for roofs began in the Bronze Age. This practice survived until the late years of the 19th century.

Today, the largest commercial producers of wheat are the Russian Federation, the United States, China, India, France and Canada.

The photo was taken with the phone in the vicinity of Pamplona in northern Spain. Personal archive.