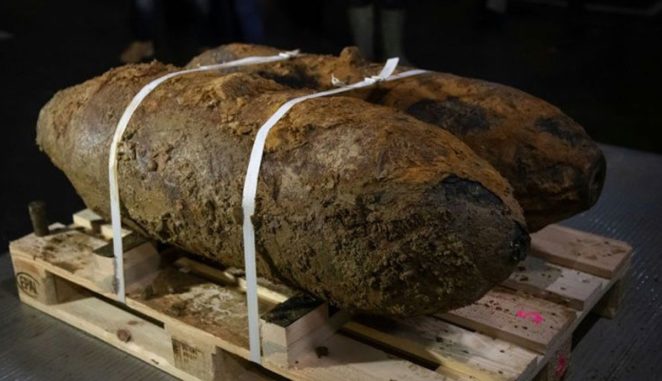 The bombings of World War II were reported in the city of Dortmund, West Germany, after which 14,000 people were evacuated from the city and 2 bombs were discovered. Authorities had warned that bombs dropped by coalition forces during the war could be buried at four locations in the more populated part of the city.

Following the report, the search for the bomb began, after which 250kg 2 British and American) bombs were found and stored, While 2 other bombs were also searched but could not be found.

Be clear , In Germany, in September last year, the city of Hanover found a 250kg bomb of World War II.