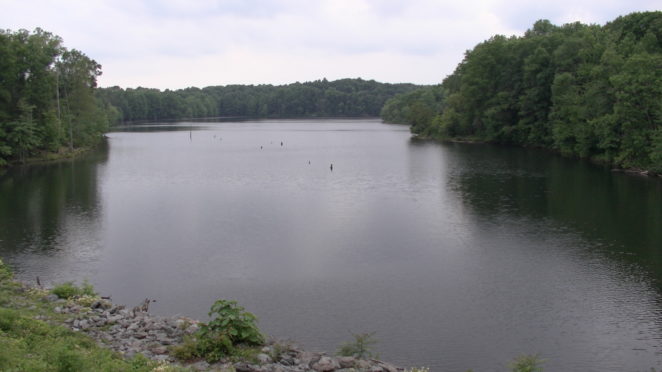 Today, a picture of the Black Hills Recreation area, lake. The lake is much smaller today than it was ten years ago. In part that is because a large number of feeder streams have been rerouted. What reroutes a stream of water? Well normally it is either a beaver, Black Hills has a few, but they are in the actual lake area and not building dams stopping the streams, or humans and concrete. The concept of concrete is interesting. Let’s start with a history lesson of changing water flow. In 2005 Hurricane Katrina hit New Orleans. The devastation was horrible. The problem, for that area, was that one of the swampy areas around New Orleans had been drained and there was human construction. Swamps absorb a lot of water rapidly. No wamp, too much water.

In the case of the lake for the Black Hills, there is the other side of that. The reality of concrete and ultimately the impact of concrete. Previously the recreation area lake was fed by streams that gathered water from the entire area, carrying it to the lake. The Army Corps of Engineers, created a dam to reduce the flooding in that area. Now, in the ensuing years, that area has exploded. BY exploded the lake itself has now some homes built around it. But more importantly, when you consider drainage basin, you have to go 2-3 and more miles away to determine where the water is coming from. There is a great sign, replicated some times in the Rocky mountains. Water on this site goes to the Mississippi. Water on the other side of the line goes to the Pacific Ocean.

It is a very complex explanation of a simple problem. There is now a shopping mall (with lots of parking and parking lots). There is a huge series of four new developments — lots of houses, lots of concrete less flow of water. The resulting changes push the water away from the black Hills recreation reservoir. It is the reality of expansion. The parking lots from the new mall all drain into a stream that heads parallel to where the water used to go. Two of the four new subdivisions of houses, drain into the new flow pattern created by the mall. The reality is more than 30% of the lake’s water is now heading away from the lake. When you add evaporation, the lake is declining now because of that.

Amy Grant sings a beautiful song that has a line “they paved paradise and put up a parking lot.”

The reality of parking, malls, and hours is that water flows change.