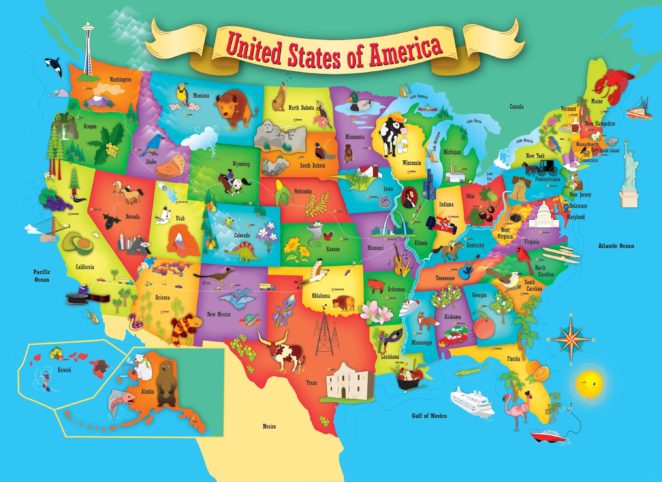 Continuing with a new series of the strangest facts about each one of the United States.

1. Maine is the only U.S. state not known to have any dangerously venomous spiders.

2. There’s a town in Maine where 83% of the population speaks French.

1. The first Ouija board was invented in Baltimore by Elijah Bond, who proudly selected its design for his tombstone.

2. Maryland’s baseball team is named after a poem. The Baltimore Ravens are named after the famous poem, The Raven, by Edgar Allen Poe. Poe was from Baltimore and his house is now a historical landmark that is open for tours.

1. Basketball was invented in 1891 by James Naismith in Springfield, Massachusetts.

2. The first subway system in the US was actually in Boston and not New York City.

1. Superman ice cream is the unofficial ice cream flavor of Michigan. It’s a colorful treat with red, blue and yellow swirls and can differ in taste from ice cream shop to ice cream shop.

2.  Muskegon, Michigan, is home to Snurfing, an early version of snowboarding.

2. Minnesota produces more turkeys each year than there are people in California.

1.Though we can’t imagine shoes being sold in any other way, the practice of selling shoes in pairs began in 1884 at Phil Gilbert’s Shoe Parlor in Vicksburg, Mississippi.

2. S.B. Sam Vick of Batesville, MS was the only man to ever pinch hit for Babe Ruth. He played for the New York Yankees and the Boston Red Sox.

1. The ice cream cone was invented at the Missouri World’s Fair in 1904 when an ice cream vendor ran out of cups and asked a waffle vendor to help by rolling up waffles to hold ice cream.

2. The soft drink Dr Pepper was introduced at the 1904 World’s Fair in St. Louis. 7-Up also was invented in St. Louis.

1. Yogo Sapphires, found only in Montana, are considered to be among the finest sapphires in the world. Their “cornflower blue” color gives them one of the most true-blue colors naturally.