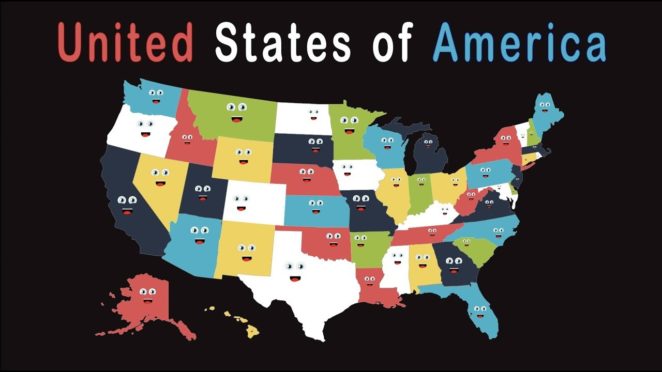 1. Nebraska is far from the sea, but it has a lighthouse in Ashland – the Linoma Beach Lighthouse. This graces a forty acre lake and was built more than seventy-five years ago.

2. Based in Hastings, Edwin Perkins developed the Kool Aid juice drink in 1927. He converted his ‘Fruit Smack’ syrup into powdered Kool Aid, which made it easier to ship. On May 21, 1998, Gov. Ben Nelson declared Kool-Aid to be the official state soft drink.

1. The World’s Largest Margarita was made in Nevada, taking over 300 hours and 60 people to make the 8,500-gallon beverage. It was made at the Margaritaville Casino in Las Vegas. The two-story beverage was named “Lucky Rita.”

2. Used as a flight testing facility, Area 51, is a top-secret U.S. Airforce Military installation located at Groom Lake in southern Nevada. In the past, this area has been linked to various speculations including UFO sightings.

1. The first potato grown in the United States was planted in New Hampshire in 1719.

2. New Hampshire is the only state in the U.S. that does not require adult (over the age of 18) motorcycle riders to wear a helmet while riding.

1. The state has more horses per sure mile than any of the other 49 states. That’s probably why the United States Equestrian Team is based in Gladstone, New Jersey.

2. The world’s largest light bulb which is 13 feet tall and weighs eight tons stands near Thomas Edison’s old lab in Edison, New Jersey. The light bulb was constructed in 1938 and it is encased by 153 individual pieces of Pyrex.

1. If you plan on driving through the state, make sure your car has plenty of gas and maybe four-wheel drive. We recommend these because 3/4 of the state’s roads are either dirt or caliche (sedimentary rock).

2. New Mexico is known for the many reports about UFO’S. In a recent event, the pilots of at least three separate aircraft encountered an unidentified flying object high above southern Arizona and New Mexico on 24th February 2018.

1. The Empire State Building is a familiar sight (even to those who have only seen it on screens or photos), but you might not know that the landmark building has its own zip code (10118).

1. Fayetteville, NC bears the distinction of being the place where Babe Ruth hit his first home run as a pro.

2. A drugstore clerk named Caleb Bradham from the city of New Bern invented a syrupy drink in the year 1893 that he claimed helped with digestion. He called it Brad’s Drink. He changed the name of the drink to “Pepsi-Cola” in 1898.

1. David Henderson, from North Dakota, invented the camera in 1887. To give it a name, he shuffled the first four letters of the word “Dakota” and then added the letter “K” to make the word “Kodak”. He was later to sell Kodak camera rights to George Eastman.

2. The state has more cattle than people. It has a population of roughly 1.8 million cattle, compared to just about 750,000. The cattle are more than twice the human population