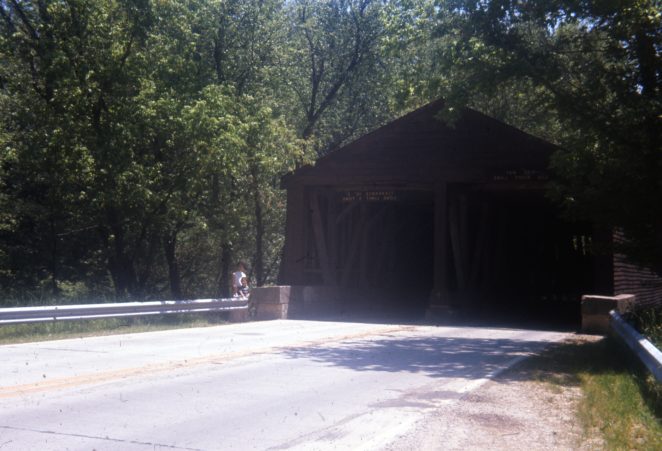 Today is a US Holiday. It is the day we remember the life of a human being who tried to change the world. Dr. Martin Luthur King Jr was a brilliant speaker and a drum major for change. His life was one of turmoil and resistance. But his voice was one of rational thought and hearing both sides. Dr. King remains one of my heroes and his “I have a dream speech” ranks up at the top of the speeches that have influenced my life. Dr. King asked each of us to look within ourselves for the answers but to seek change when things were wrong. Dr. King was taken from us far too early by hate. His message remains about making positive changes and finding the common round where can all walk!

From now on I am going to send private messages to people about the negativity!

The technology of the past, the picture today is from my father’s collection of slides that we scanned as part of the family history project. This one is of a covered bridge; there are many covered bridges in the midwestern United States. There is a wonderful book about them in another state “The Bridges of Madison County,” well its more about the love affair between the two characters but the pictures are of covered bridges!

Building a bridge requires the maximum available technology of what-ever time you are in. Today, we build bridges by starting on both sides. We also during the last great war invented bridges that could literally float on the water and be rapidly deployed. Being off 1 inch when building a bridge from both sides can cost millions of dollars. Here is the funny thing about a bridge, it brings us together. It lets us cross the dangerous water, swamp or another risky area to arrive safely at the other side!

Let’s build a bridge for the Admin team of Virily! A place where they can feel safe to share information with us!