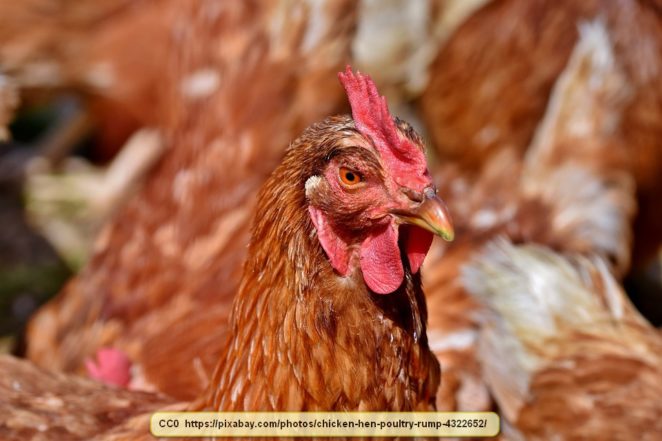 At first thought, there probably doesn’t seem to be any connection between people who enter the US illegally and how much chicken costs in a store, and there really isn’t any. However, a question was asked if we could expect to see an increase in the price of chicken and a drop in availability, in relation to the news that 680 illegal aliens who worked at a chicken processing plant were arrested in Mississippi. The person who asked the question was serious, as near as I could tell.

The simple answer is that this shouldn’t make much difference in the price of chicken or availability, except for in that specific area and only temporarily. Working at a chicken processing plant is far from being a glamorous job, but it isn’t as if there aren’t citizens who won’t do the work. The implication of the question, of course, is that arresting illegals might cause a price increase all over the country. That simply isn’t the case.

In 2015, the US produced 8,680,000,000 broiler chickens, amounting to 53,360,000,000 pounds of chicken, 19% of which were exported around the world. It should be obvious that not all of these were processed in Mississippi. In fact, Mississippi doesn’t raise the most chickens or process the most in the US. They are ranked as the 5th leading chicken producing state, In 2015, Mississippi accounted for 4.55 billion pounds of chicken produced.

Think about the total number for a moment; 53.36 billion pounds of chicken and over eight and a half billion birds. How many people do you suppose that it takes to process that many chickens? I can guarantee that it takes far in excess of 680. I wouldn’t be a bit surprised if several hundred times that many people work in chicken processing plants in the US. Six hundred eighty might sound like a lot of people, but it is insignificant for the industry and not enough to change the price of chicken, or the availability, throughout the US.

That said and explained, the price of chicken could increase, for an entirely different reason. America’s economy is booming and there are now a lot more jobs than there are people to fill them. Because of this, companies find themselves needing to pay workers more in order to keep them. That is obviously good for the workers. However, businesses must increase their revenue in order to pay people more, in order to retain them. That can mean that chicken processing plants might charge more for chickens. Of course, they can’t increase prices too much or people could stop buying their product.

Either way, any increase in prices of chicken that we might see, except for very temporarily in the Mississippi area, wouldn’t have to do with the arrest of 680 illegal aliens. It would have to do with having a robust economy.

Incidentally, if the US produces over 53 billion pounds of chicken per year, just imagine what the world total must be. It staggers the mind.