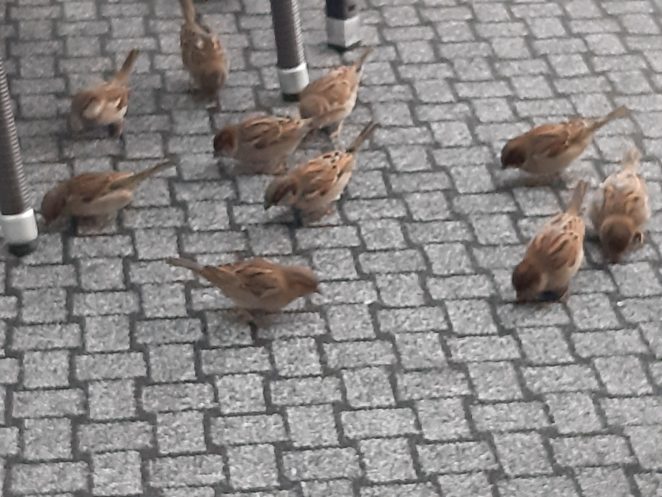 A domestic sparrow, often just a sparrow, is a small bird singer from a family of sparrows who originally live in much of Europe and Asia, and with the help of humans he has also settled other continents and is the most widespread bird in the world. He is a bird of prey, a long 14 and 16 cm, gray-brown with a strong black striated back. Sparrows are kept in groups in all seasons, even during the mating season. They are nesting, eating and staying in groups. I photographed the sparrows in the picture at the bar where I was going to the coffee. They are very domestic and do not fear people.