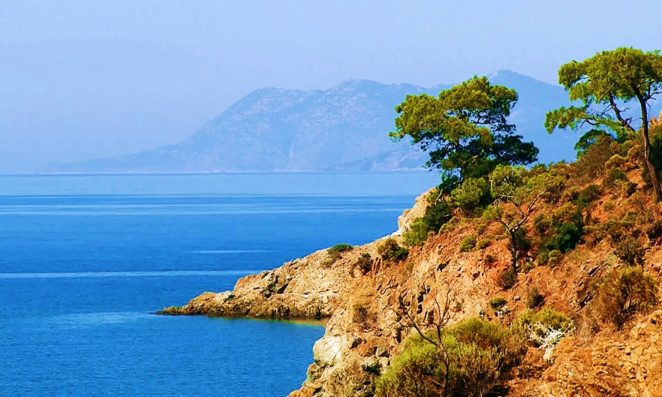 We came here thousands of years ago, receiving the world as a gift. And we thought everything was just ours. We created the myth that Earth is for us alone, and beasts, trees, and mountains of the oceans should serve humans.

But we were bad hosts: the forests are almost gone, the beasts are almost gone, and pillars of smoke are rising from the cities of cement to heaven. And even where we are not – far north or deep in the sea bottom – survival is becoming increasingly difficult.

Do we care about that? Do we care that polar bears will disappear, that entire species of birds will disappear? Not much. Well, maybe documentaries will make us teary but turned around, we’ll start our deeds again. Let the world fix itself, somehow.

And it will fix, sure. It will become dark, it will shine, drown, and disappear. Once again the forests will be lush, there will be unseen beasts living there, nests of unseen birds. The sky will be filled with pink sunsets, the ocean will bring the waves to the white sand coast, and the constellations will shine at night.

Only we will be gone. There will be no humans. But maybe that must happen – some species will continue to change until the sun goes out…