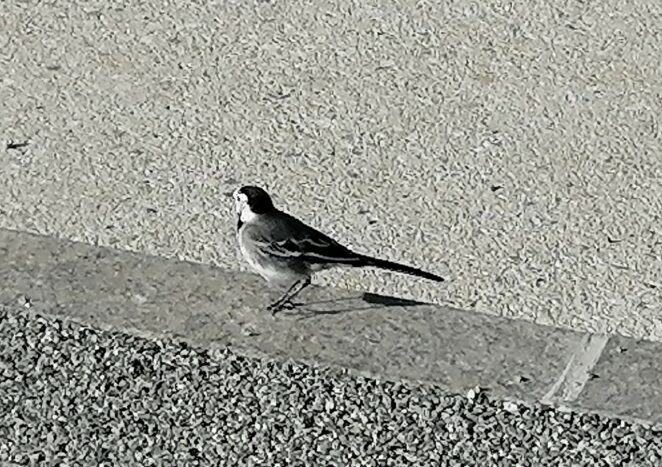 After a long time, I decided to participate in this challenge again. During my walk around Lake Bled, I noticed this small bird. She, too, was strolling by the lake. I caught it on the path by the lake so that the picture is original (I did not change the picture to black and white).

This bird is called the White wagtail (Motacilla alba). The white wagtail is the most widespread species in Slovenia. It has a slender body with a long, black and white tail and a black-gray-white pattern of rest of the body. Black with white edges is also a  feather. Females, puppies, and males in winter are less black. It is an insectivorous bird that hunts its prey on the ground, choosing open, transparent hunting grounds such as waterfronts, meadows and marshy areas. He now often lingers even in human surroundings, taking advantage of structures such as roads, roofs, and parking lots.