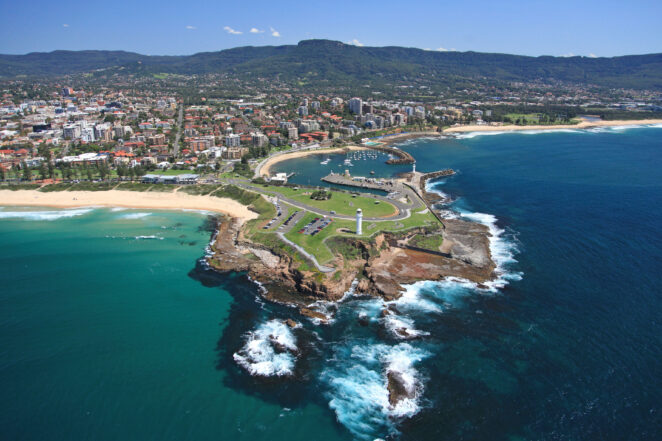 The tenth most populated city in Australia is Wollongong. I learned some new things while researching.

1. Wollongong is home to the biggest Buddhist temple in the Southern Hemisphere.

2.  Wollongong, informally referred to as “The Gong”, is a seaside city located in the Illawarra region of New South Wales.

3. The name “Wollongong” is believed to mean “seas of the South” in the local Aboriginal language, referring to NSW’s Southern Coast. Other meanings have been suggested, such as “great feast of fish”, “hard ground near water”, “song of the sea”, “sound of the waves”, “many snakes” and “five islands”.

4. Wollongong has a long history of coal mining and industry. The city attracts many tourists each year, and is a regional centre for the South Coast fishing industry.

5. In 1871, the old lighthouse was completed. In 1880, steam locomotives were introduced to haul coal loads from Mount Keira mine to the harbour. Gas street lighting was introduced in 1883. In 1885, a new court house was erected in Market Street.