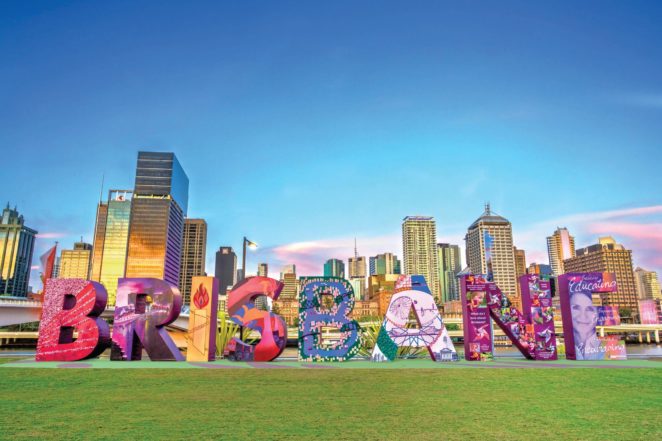 The third most populated state in Australia is Brisbane. I learned some new things while researching.

My friend in Australia lives in Brisbane, Queensland.

1. Brisbane was inhabited by the Turrbal and Jagera people during the ancient time. Therefore, it is considered as one of the oldest cities in Australia.

3. Brisbane has 283 days of sunshine a year, it has more sunny days per year than any other Australian capital city.

4. Brisbane is a thriving multicultural hub with a population of 2.27 million, making it the third-largest city in Australia.

5. The Brisbane River is the longest river in the south east of the large state of Queensland.

7. Originally called Nashville, gold was discovered here in 1867. The name changed to Gympie (from the Aboriginal meaning ‘stinging tree’), in 1868.

8. The original Victoria Bridge was a temporary crossing of timber construction, which collapsed due to a marine wood worm infestation. Its replacement, a metal structure, was washed away in the 1893 floods. The replacement opened in 1897 and lasted until 1969. A portion of the southern end of this bridge remains adjacent to the current bridge. This comprises a pedestrian arch, a remnant of tram track and a memorial to a boy who was killed there in a traffic accident when waving to soldiers returning from the First World War.