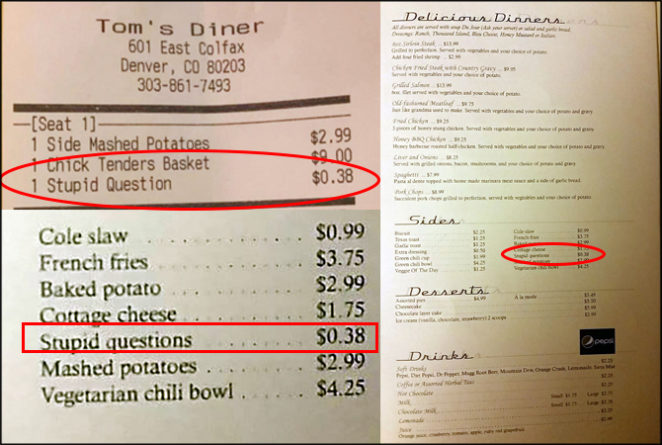 In the United States, restaurants began to penalize customers for making stupid questions. There are many people around the world who are aware of the skill of confusing the people with stupid questions. But these questions become even more stupid if it is related to menus and food in restaurants.

Tom Diner restaurant In Denver management says,  that customers have sometimes asked questions that are very stupid and it makes anger, that is why we have fined US $0.38 for one each question. According to the restaurant administration, fines have been included in the regular bill.

Hunter Landre, The general manager of the restaurant, says we want to add lightweight humor to this cumbersome world. When customers ask us questions and they are presented with a bill, they laugh at their own question.

According to Hunter, the customers themselves liked the idea and some came close and asked. For example, which question might be silly and which will be okay?