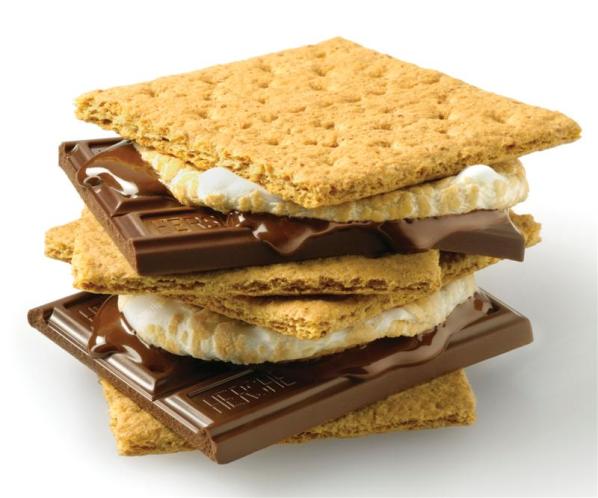 Down to the letter S already. Decided on…

S’mores are a campfire treat popular in the United States, Mexico, and Canada, consisting of one or more toasted marshmallows and a layer of chocolate placed between two pieces of graham cracker or cookie.

S’mores appeared in a cookbook in the early 1920s , where it was called a “Graham Cracker Sandwich”.

Many only have these while on camping trips outdoors. Not a camper myself, but have enjoyed s’mores many times, indoors. You can also have a nice campfire in your backyard.