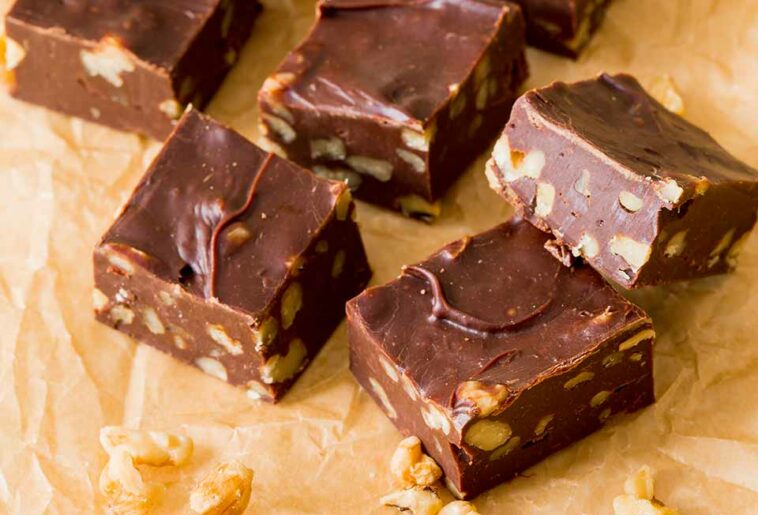 Continuing with my ABC Desserts series. This one is another of  my many favorites.

Fudge gets its name because it is believed that it was made on accident when a batch of Caramel got “fudged”.

Fudge has been apart of American culture since 1886, when a Baltimore grocery store started selling it for 40 cents. In 1888, Emelyn Battersby Hartridge made 30 pounds of fudge for her women’s college, Vassar Senior Auction. Her confection became so popular that it spread to other women’s colleges and people started coming up with their own interpretations.

There are many varieties of fudge. I like these types, just to  name a few

2. Cream cheese swirled in the chocolate