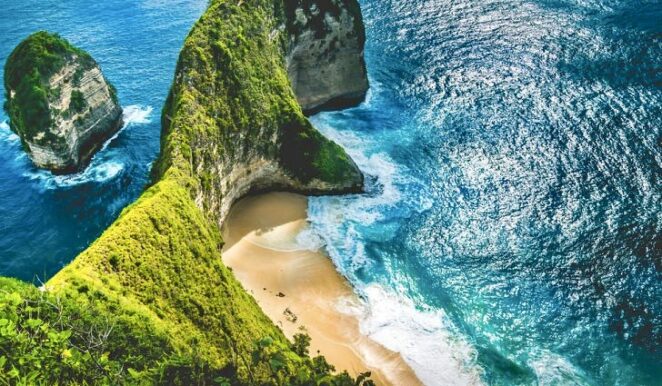 As suggested by Rasma, I am starting a new series about the islands of Indonesia. From what I have found, there are over 17,000 total beaches in Indonesia.

I always think of our friend Albert when I research Indonesia. I hope he is doing well.

In this series I will share the 21 most beautiful islands. I will start with the first five.

1. The exotic island east of Sumatra is represented best by the glorious granite boulders hemming its white-sand coast. While a lot of tourists here spend most of their time taking pictures of and on the idyllic beaches, this island also has charming colonial architecture and a quaint old harbour.

2. Often dubbed Bali’s more laid-back sister, Lombok has beauty to more than match its world-famous sibling. In fact, over the years Lombok’s popularity has quickly risen as more tourists attest to its satisfying escape from Bali’s crowds.

3. The Gili Islands consist of three small islands. Gili Trawangan, the biggest of the three, is the most modern, known for vibrant nightlife and chill seaside cafés. Gili Meno on the other hand is far more serene and quiet, making it a popular honeymoon destination. Gili Air is an adventurer’s paradise, with an impressive underwater world hiding some of the planet’s rarest and most dangerous marine species.

4. Flores, named after the Portuguese word for ‘flowers’, is a gorgeous small island in East Nusa Tenggara. Although the island features many natural charms — mountains, beaches, and the tri-coloured Kelimutu lake — perhaps the most intriguing quality is its culture.

5.  Komodo Island ~ Jurassic Park comes to life on this Indonesian island. The island in East Nusa Tenggara is home to the komodo dragon, a famous giant lizard known to hunt prey as big as water buffalo. Aside from this fascinating creature, Komodo’s natural landscape of hills and beaches alone could justify its recent fame as a hip island destination.