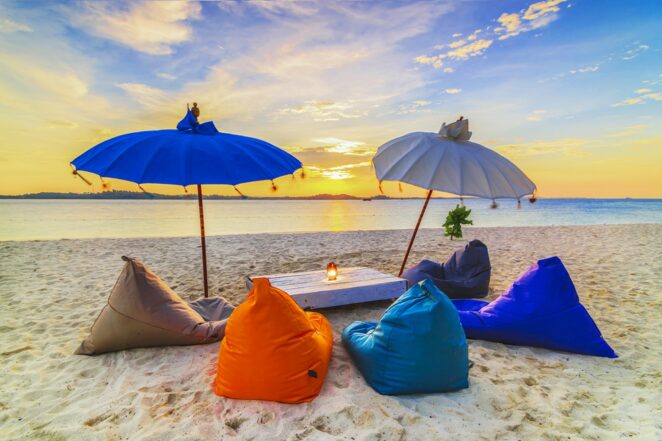 As suggested by Rasma, I am starting a new series about the islands of Indonesia. From what I have learned, there are over 17,000 total beaches in Indonesia.

In this series I will share the 21 most beautiful islands. This is part three of my series. If you missed the first two, you can see them here:

11. Bintan Island is a resort island and a popular getaway from Singapore, accessible via a one-hour ferry ride. Despite the foreign establishments and English-speaking crowd, Bintan Island is a beloved part of Indonesia’s Riau Province.

12. Karimunjawa is a string of isles off the coast of Central Java, home to flourishing coral reefs, man made rainforests and rich biodiversity, including rare and protected species.

13. Ternate is located in the less-travelled eastern part of Indonesia, this spices-rich island was once an important part of the international trade route during the colonial era. That episode of history has left us a number of charming historical buildings and fortresses. While the landmarks add cultural charm to the island, what’s most enticing is its natural magnetism. Many parts of the island are still very much unspoiled and clean, preserving vibrant marine biodiversity in its plentiful diving spots.

14. Misool stands out for its breathtaking vistas. Consisting mainly of thick sprawling greeneries and turquoise sea water, the island is lined by white sand and gorgeous limestone rocks unfolding along the coast. The island’s wealth of marine life is very impressive. History and culture enthusiasts will find this island has a deep lore, as they venture off into hidden ancient caves and observe the fascinating indigenous tribes.

15. Waigeo is the biggest island in the tropical paradise of Raja Ampat. The extending coastline amounts to countless beaches with white smooth sands and panoramic features, from lagoons to hills and rock formations. This natural abundance presents tourists with a wealth of outdoor activities. The southern part of the island is renowned for diving spots rich in marine life, while the jungles promise fruitful wildlife spotting and bird-watching.

*The photo above is of the beautiful Bintan Island at sunset.