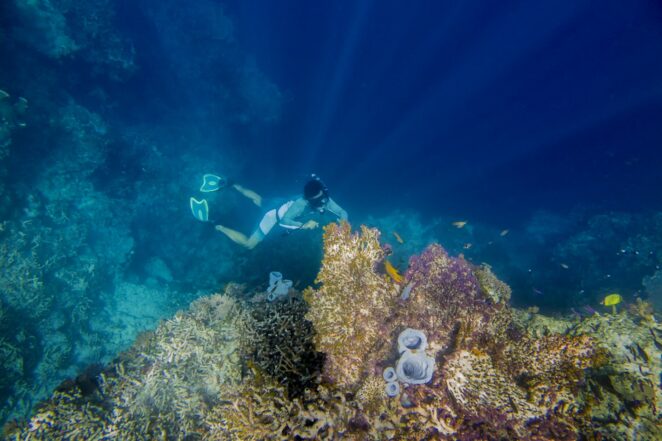 In this series I havel shared the 21 most beautiful islands of Indonesia. This is last part four of my series.

Hope you enjoyed this series. If you missed the first three, you can see them here:

16. WAYAG: This island in Raja Ampat allows visitors to catch a glimpse of its beautiful karst formations scattered about the turquoise and blue hues of the sea. The rocks are enveloped by lush greenery, creating an otherworldly vista admired from its various viewpoints.

17. DERAWAN ISLANDS: This relatively new-found paradise has quickly gained affection and a reputation among travelers for its beauty and exotic wildlife. Comprising six beautiful islands with different charms and characteristics, the Derawan Islands offer an all-in island adventure — snorkeling, diving, riding a boat in a lake as clear as glass, exploring sea caves, chilling in lavish resorts, to swimming in a stingless jellyfish lake.

18. TIDUNG is one of the inhabited islands inside Jakarta’s Thousand Islands archipelago. Thanks to the passionate community that lives here, travelling to and around this remote paradise is now very rewarding and convenient.

19. SUMBA: In recent years, the low-profile island of Sumba has begun to appear on Indonesia’s tourism map, boasting an ethereal magnetism previously unimagined of an offbeat destination. Sumba’s lack of fame has protected its beautiful natural features in their purest state.

20. MOROTAI ISLAND is located in the far flung reaches of eastern Indonesia,. Not many eyes have seen the raw natural prowess of Morotai Island. But those who have had the privilege will swear they’ve been in paradise. Hidden beaches, remote small islands and countless diving spots make this place a tropical heaven. But perhaps a more defining aspect of this island is its history as a strategic base during World War II. That episode of Morotai’s story leaves behind numerous historical sites that now double as tourist attractions. From a sunken aircraft wreck and old jeeps and warships, to fortresses and bunkers, various war relics educate tourists about the island’s past as a decisive battleground in Indonesia’s history.

21. The WAKATOBI ISLANDS off the shore of Sulawesi have been a world-famous diving spot for decades. Cherished for the vibrant underwater life, Wakatobi holds hundreds of diving spots, each inhabited by different sets of corals, fish, seaweed, and other marine biodiversity. Located in the Coral Triangle, it is said that the marine beauty of the Wakatobi Islands led Jacques Cousteau to call it an ‘Underwater Nirvana’. Thankfully, it’s still relatively quiet and pristine compared to other mainstream diving destinations in Indonesia, due to its rather remote location.

*The photo above is from the beautiful DERAWAN ISLANDS. Diving in this crystal clear water would be exhilarating.