Tokyo: If you think these are handmade sketches, than you are wrong, because these are real photos of a real restaurant in the Japanese capital Tokyo.

The walls, floors, tables, chairs and utensils in this restaurant are designed in such a way that they look like paper sketches when viewed from any angle. 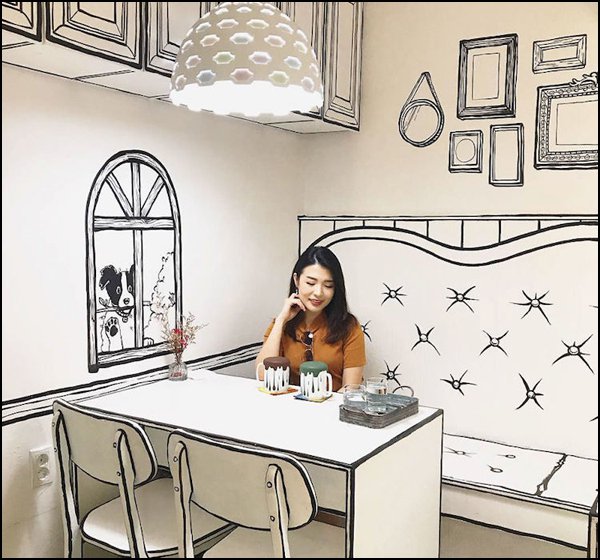 Opening in the Tokyo area of Shin Obiyuku, the restaurant “2D Cafe” has been the focus of tourists, and its pictures are also going viral on social media.

Although it is not the first restaurant of its kind in the world, it is clearly influenced by the design of “cafe yeonnam-dong” and has been working in Seoul, the capital of South Korea for the past one year. Even so, many places in Japan’s “2D Cafe” show unusual resemblance to the aforementioned South Korean restaurant.

By the way, this restaurant is definitely an interesting place for anyone interested in food as well as the amazing scenery.