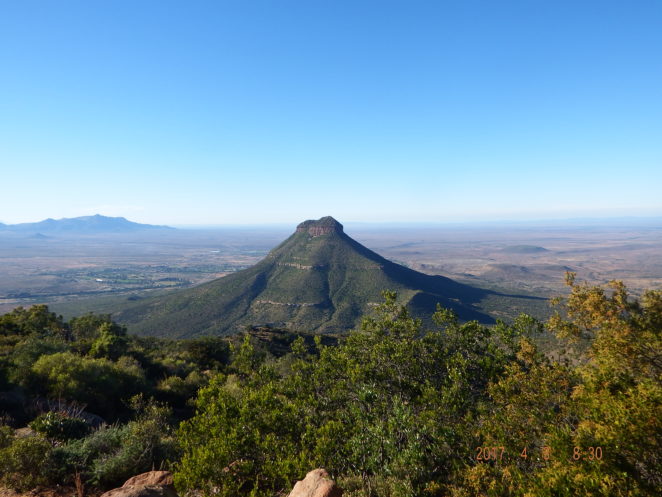 Let Me Introduce You …

I was born and raised in South Africa and although there have been times when I have been ashamed of our government – both in the past and at present – I love this country and all of the beautiful people who live here. I have a deep-seated hope that one day all the good in this Land will win through and it will become everything that the true patriots believe it can be! I would now like to introduce you to the country that holds my heart.

The widely spread city of Johannesburg has risen up from the African soil to form a concrete contrast between the man-made metropolis and the surrounding highveld and bushveld. The shrubby suburbs are vividly different from the topsy-turvy townships. An aerial view of the city shows how it inches towards Pretoria and is bordered on all sides by other cities that are expanding and bursting through their municipal borders. Due to the fact that so many municipalities border one another so closely, the combined and expanded area of Johannesburg has been labelled an agglomeration and has a population of over 10 million people. To put this into perspective for those of you who enjoy random facts; that means that roughly 20% of South Africa’s population live in the Jo’burg area which comprises 2% of the total area of the country. The five biggest cities after Johannesburg are Pretoria, Durban, Cape Town, Port Elizabeth and East London.

Because of its situation at the southernmost point of Africa, South Africa has a coastline of over 2700 kilometres (1677 miles). From the rugged cliffs with crashing waves along the Wild Coast to the open, sandy, surfing beaches of Natal and the Eastern Cape; from the temperate waters in Zululand to the frigid waters of the Western Cape; and from Tropical Summer showers on the East Coast to Mediterranean rainfall on the West Coast; our coastline offers abundant variety. Our coastal areas offer scuba and snorkelling, swimming and surfing, whale watching from shore or a boat ride to see dolphins; you can swim with African penguins and for the very brave there is cage diving with sharks.

The Drakensburg mountain range which is derived from an Afrikaans word meaning “Dragon Mountains” because of the way the range rises and falls along the escarpment, stretches over a 1000 kilometres (600 miles) long and at its highest point is 3482 meters (11424 feet) above sea level.During the short, cold winter months, peaks and other parts of the mountain range become covered in snow offering South Africans a limited window of opportunity to ski. Snow also falls on the Cederberg, Matroosberg and Overberg Mountains which are situated in the Western Cape. During South Africa’s long summer the mountainous areas offer many other activities like mountain climbing, abseiling, paragliding, hiking, fishing, camping and cable car rides. South Africa’s most famous mountain: Table Mountain, in Cape Town.

South Africa boasts the largest ‘green canyon’ on earth, namely the Blyde River Canyon. Situated in Mpumalanga is has lush subtropical foliage and has some of the deepest cliffs of any other canyon on the planet. It is the second largest canyon in Africa, the first being the Fish River canyon which is situated in neighbouring Namibia. Whilst on the subject of canyons I have to mention the Bourke’s Luck potholes; although not great in proportion they are a magnificent display of the decorative, erosive power of water and they happen to be a short drive from the Blyde River canyon.

Most of South Africa’s forested areas are found in the Eastern and Western Cape, KwaZulu Natal and the lowveld areas of Limpopo and Mpumulanga. The forested areas of South Africa make up about 7,6% of the land area. The most famous forest is the Tsitsikamma Forest which can be found in the Eastern Cape.Once, many years ago, herds of elephants roamed this forest. Now they are found only in protected areas and sanctuaries. Attractions in our forests include bungee jumping or swinging, zip-lines and canopy tours as well as kloofing, hiking, waterfall tours, mountain bike trails, bird watching and game viewing.

South Africa is a very dry country with negligible fresh water in the form of a few small dams. I use the word ‘small’ because South Africa’s rivers and dams make up less than 1% of the surface area. The Karoo which derives its name from the Khoikhoi word “garo”, which means desert, is in fact a semi-desert. The Kalahari Desert is also a semi-desert because the area supports more animals and plants than a true desert. The Kalahari Desert is shared between South Africa, Namibia and Botswana. Although not a desert in the true sense of its definition, the Kalahari offers many desert-like experiences for holiday makers; including incredible star-gazing, 4×4 dune riding and dune boarding, as well as game drives.

South Africa’s national parks make up 4% of its land area. The largest and most visited is the Kruger National Park which is situated in the province of Mpumalanga, which is a Zulu word for “the place where the sun rises”. Arguably one of South Africa’s greatest drawing cards is its wildlife. I am sure I needn’t list them, but I will. First we have the hugely sought after Big Five; lion, leopard, rhino, elephant and buffalo. Then there are others like cheetah, caracal, African wild dogs, hippos, crocodiles, giraffe, zebra and a wide range of antelope. A visit to one of our national parks will provide hours of game viewing opportunities.

There is so much to see and to do with no more than a two hour flight between our major cities and their surrounding attractions. If you choose a road trip over flying, as my family and I often do, you will experience all the quaint places in between the attractions. Soon you will discover how richly South Africa rewards those who seek her many treasures.

For those of you who do not have the opportunity to travel, perhaps my blogs will help you discover some things about this country that some tourist have not experienced – because I am not a tourist – I am a South African.