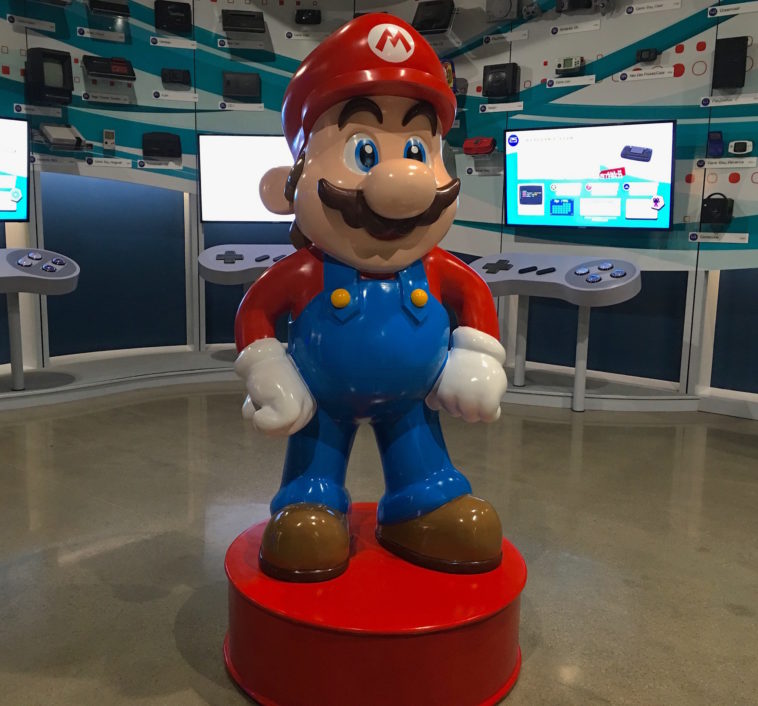 Joe Santulli plops down on a plush sofa, picks up a video game controller and begins playing Frogger on a console television.

An avocado green rotary phone rests on a side table. A black velvet bullfight scene hangs on a wall. And an artificial ficus tree sits in a corner.

If you wonder what time warp you might have entered, look at the scene across the hall.

In a recreated bedroom, Sean Kelly eases into a desk chair, leans back and stares at a 19-inch Zenith TV to play Duck Hunt videogame from a new company called Nintendo.

The twin bed has a Pac-Man bedspread. Ferris Bueller smiles from a wall poster. Mad Magazine boasts a cover of Alfred E. Neuman. A neon pink-haired troll sits on the dresser. And a young Depeche Mode band sneers from a photo.

Opened in April 2016, the National Videogame Museum is the brainchild of three guys – John Hardie, Kelly and Santulli – who fell in love with gaming when they were kids and have been collecting videogames and related paraphernalia for decades.

“The first game I played was Gunslinger when I was in the sixth grade,” Santulli said. “I didn’t get my first game until I was 14 years old.”

Originally the trio offered some of their collection as a traveling exhibit at videogame conferences. But fellow gamers kept asking them to create a permanent home for their treasures.  That’s what the three men did in Frisco, Texas.