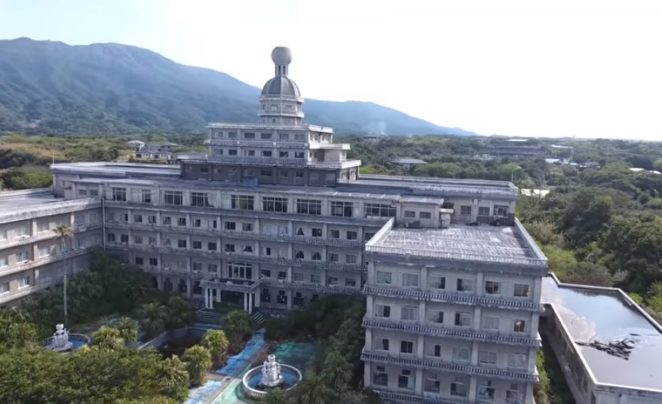 I have been watching these modern day explorer videos for some time now. At first, I was skeptical but once I started watching them, I became seriously enthralled with the extent of wastage throughout the world.

While every country has homeless folks, when watching what some rich people simply abandon, something is somehow very wrong with the picture.

Although there are several hundreds of abandoned sites liberally dotting the planet, this particular hotel pretty much conveys what I am trying say.

This resort hotel is one of several similar abandoned Japanese hotels located on the many little Islands surrounding the mainland. While the date of construction is unclear, it had experienced boom times during the 60’s through 2008 when suddenly the entire hotel and Island was abandoned, the owners, had left many valuables behind to rot.

A point to mention is that unlike many Western explorers, their Japanese counterparts do not deface these properties via graffiti, leaving everything untouched.