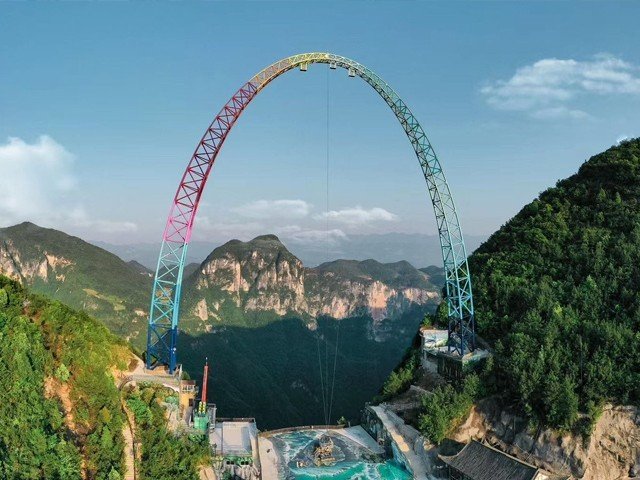 China has built the world’s tallest and fastest swing, built in a very high-altitude location. Built on a 700 meter high peak, the cradle can reach speeds of up to 130 kilometers per hour. The swing at Yun Yang Long Gang, an airfield in Chongqing, is undergoing testing and has not yet been opened to the public.

This is inappropriate for children and only for people who like adventure. Because the ground under the swing is found only after 2300 feet.

The swing completes its half-circle to 91 meters and returns. As such, it is larger and taller than the larger swings of the United States and New Zealand. It is currently undergoing a number of tests. ۔ According to the administration, it can withstand an earthquake of 10 Richter scale and is also protected from lightning.

Special technology and new styles of welding have been used to strengthen the entire structure. Three people can use the swing at a time and it can go at a total angle of 90 degrees.