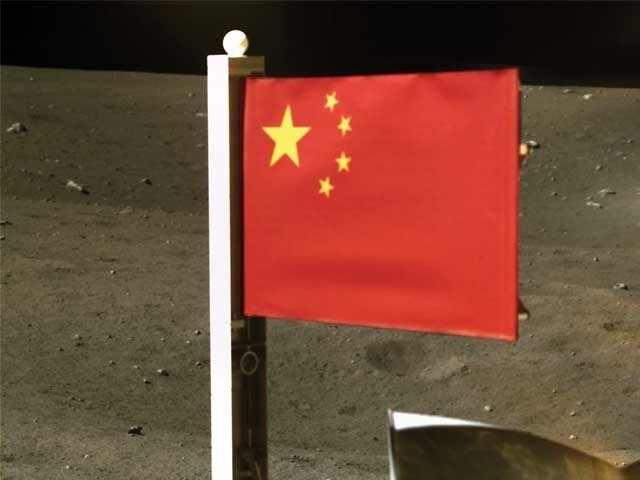 China became the second country in the world to fly a flag on the moon, after the United States hoisted a flag on the moon more than 50 years ago and was the first country in the world to do so. In pictures released by China’s National Space Administration, the Chinese flag can be seen standing still on the surface of the moon because there is no air, so the flag cannot fly.

This image was taken from China’s inhuman moon mission Change 5 spacecraft that was sent to bring rock samples from the surface of the moon. The spacecraft took the picture before returning to Earth on Thursday. Chinese missions to the moon twice before had a Chinese flag, but it could not be mounted on the surface of the moon. But now China has done it successfully.

The United States was the first country in the world to fly a flag on the moon during the Apollo 11 manned moon mission in 1969. By 1972, several US missions had hoisted five more flags on the surface of the moon. A satellite image released by the US space agency NASA in 2012 showed five flags still in place, but experts said they had turned white due to bright sunlight.