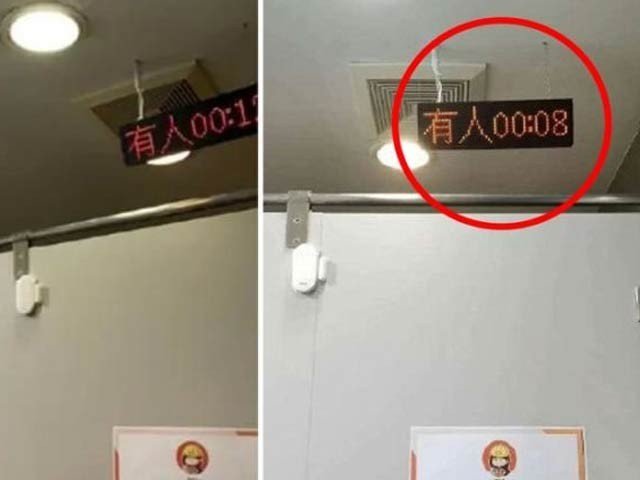 Beijing-based technology company  has installed digital timers and sensors in its employees’ toilets. As soon as someone enters the toilet, the sensors detect it and run the timer. Videos and photos of the bizarre move went viral on social media, sparking a lengthy debate.

Some have called it a company’s greed to squeeze employees into making a profit. ۔ While some people have strongly criticized the company, calling it a clear violation of human rights. ۔ But according to some, the company is right because the Chinese people waste their time on the phone, even in the toilet.

After constant criticism, the Company has given an explanation in an official press release to satisfy the public. The company has said that it is not imposing any restrictions on the employees but there is a severe shortage of toilets in the company and timers have been installed under the same seriousness.