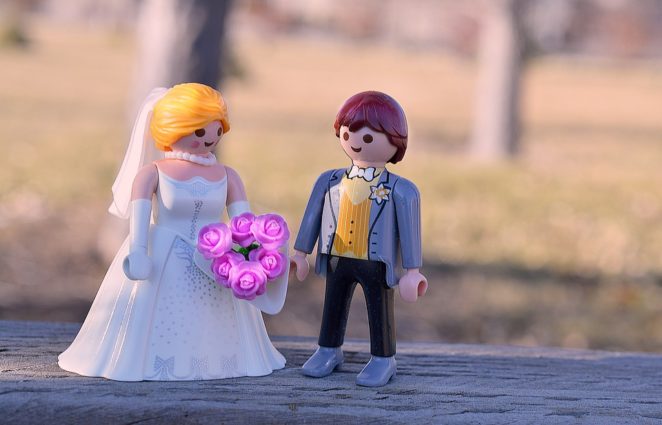 In the United Kingdom we are familiar with stories of young girls being sent to Pakistan or India on the pretext of visiting their grandparents and then being married off to a distant relative who is usually some years older than themselves. There are also cases of forced marriages of minors taking place in this country, within certain immigrant communities. The girls in question find themselves living lives of domestic slavery and if they are below the age of 16 – as many of them are – the victims of regularly repeated statutory rape.

Shocking as these cases are, their illegality is beyond question – at least as far as those marriages that take place within the United Kingdom. However, there is a western country where such events are common and are entirely legal. That country is the United States of America.

The charity Unchained At Last carried out a survey across all 50 states and found – in the 38 states for which information was available – that over a ten year period (2000 to 2010) 167,000 licences were issued for the marriage of people who were aged under 18, which is the official minimum age for marriage in almost all 50 states. However, exceptions are granted on application to a judge, and in 25 states there is no age below which the exception applies. It is known that children as young as 10 have been married under these arrangements, and licences issued in cases where a consummated marriage would constitute statutory rape due to the age difference between the partners.

For a marriage to be legal, all that is needed is for permission to be granted by one parent. As a minor, the child’s views are not deemed valid in court.

The survey revealed that child marriages take place in the United States within families that belong to all major religions and several minor ones, as well as those who declare no religious affiliation. The socio-economic background is immaterial, as is whether the people involved are recent immigrants or belong to communities that have been resident in the country for many generations.

Cases that have come to light include that of Sherrie in Florida, who was repeatedly raped by members of her church congregation and became pregnant at the age of ten. Her parents insisted that she marry the father, who was 20 years old, and this was agreed by a local judge who saw this as a means of avoiding prosecuting the man for rape.

Other cases have come to light when supposedly Christian sects have been unveiled that practiced polygamy, often involving underage girls. Examples include the Fundamentalist Church of Jesus Christ of Latter-Day Saints in Arizona and the Yearning for Zion Ranch in Texas. Successful prosecutions have been made in such cases, but the offence has been polygamy as opposed to the young age of the girls involved.

If a girl wishes to escape from what is often a forced marriage, to someone she does not know and may only have met for the first time on the day of the ceremony, she has very few options and virtually no legal protection. The fact that she is under 18, and therefore denied the legal rights of an adult, means that she cannot bring a case before a court because any contract involving a child is voidable – except, of course, for the original marriage contract.

If a girl runs away from her marital home and goes to a domestic violence shelter she will be turned away, because such places only cater for adult victims. The police will pursue runaways and return them to their husbands if they are caught. Anyone found to have assisted a runaway could find themselves in court because they have committed a criminal offence.

Apart from organisations such as Unchained at Last, some people in the United States have taken steps to put this situation to rights. In New Jersey a bill was introduced in the state legislature in 2016 that would have banned all marriages and civil unions to any person younger than 18. This had widespread support and the measure was passed in the final vote by 115 votes to five. However, it was vetoed in May 2017 by the New Jersey Governor, Chris Christie, on the grounds that it was discriminatory against certain religious groups, although he did not state which ones he had in mind.

Some groups have sought to defend child marriage because it provides a route by which a child conceived by an underage girl can avoid the stigma of illegitimacy. In reply to this one might say that there is a legal option already available – it’s called adoption.

There is, however, better news from other states – such as New York, Maryland and Virginia – where legislation to curtail child marriage looks to have a good chance of success.

More Must Be Done

There is clearly a need to deal with this issue in a sensitive manner and to be aware that one size may not fit all when it comes to legislating for cultural practices that are offensive to some communities but not others. The proposed New Jersey law, for example, would have gone further than what is allowed in the UK, where marriage is legal from the age of 16 – for both sexes – as long as parental permission has been given. Even this stipulation does not apply in Scotland, hence the past popularity of young couples eloping to Gretna Green, which is just over the border from England. However, there is surely a world of difference between couples who want to marry against their parents’ wishes and the cases of forced marriage that are under discussion in terms of the American situation.

If nothing is done, states in the US are, in effect, sanctioning paeodophilia by allowing children as young as ten to be the official sexual partners of older men and forced to bring up the children of their husbands while having their own childhood cruelly curtailed.

Lines have to be drawn. In the United States it would appear that this process is at an unacceptably early stage. Child marriage is certainly not a problem that applies only in America. But where else in the western world is it tolerated so widely and supported by the legal framework? Change is long overdue.