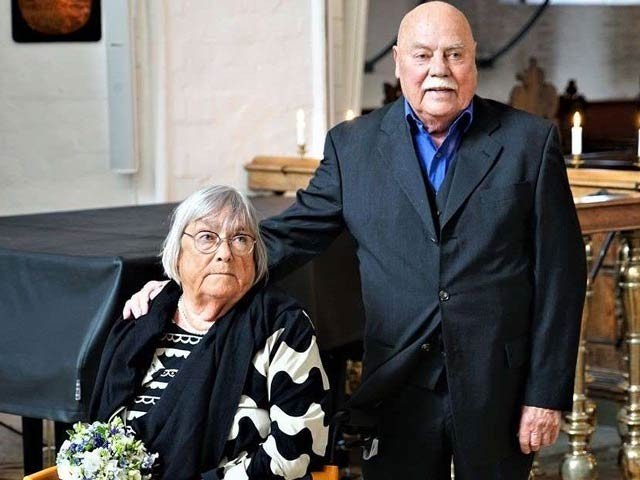 Interesting events are unfolding around the world in the wake of the Corona epidemic, and now, 31 years after the divorce, a couple in the United States remarried on the same date they tied the knot for the first time.

The female loot and the male caled are currently 75 and 82 years old, respectively ۔ They were married on April 3, 1965, in the Nikolai Church in Denmark, and are now reunited on the same date, 55 years later.

At the time of the first marriage, the loot was 20 years old and the caled was 27 years old, but the marriage ended in 1989 after a divorce. Both are artists by profession and after marriage they had four children at home. But then the bitterness escalated and the two divorced.

The main reason for their divorce was domestic troubles. Caled was the first to be diagnosed with cancer and was in the hospital while the loot was taking care the children at home and he recovered.

their house then caught fire and was badly damaged. The couple then parted ways. But two years later, they reconnected. After 2009, Loot’s appendix ruptured, barely saving her life, but she became permanently in need of a wheelchair.

۔Then, after the Corona epidemic, they realized that life could be difficult at any time, and this month they remarried after 55 years of marriage and 31 years of divorce.