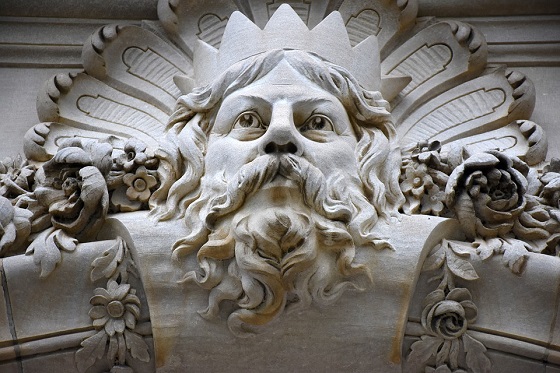 I was sitting attentively in a Bible study several years ago and mention was made about the contrast between God and “the other gods”. I contributed to the discussion by saying that I had watched a documentary about the Greek and Roman gods and it seemed as if the gods enjoyed playing with humans like they were toys. That was my unscholarly observation. However, I didn’t really have a specific example to further expound on my statements.

It’s only about 10 years later, but I found an example!

“According to the Homeric Hymn to Aphrodite, when Zeus was asked to grant prince Tithonus eternal life, the god consented. Nonetheless, there was no request for eternal youth, so for thousands of years, Tithonus grew old and withered.”

This proves that my point. If Zeus wasn’t the type of god that made sport of people and toyed with them, he would have at least warned that Tithonus was not going to stay young forever!

Edith Hamilton (1867 – 1963) was a distinguished American educator and a classical scholar, whose claim to fame was her thorough knowledge of ancient Greek and Roman mythology.  We are in agreement with our understanding of the god and goddesses, but she expresses her observation much more eloquently.

“For the most part the immortal gods were of little use to human beings and often they were quite the reverse of useful: Zeus a dangerous lover for mortal maidens and completely incalculable in his use of the terrible thunderbolt; Ares the maker of war and a general pest; Hera with no idea of justice when she was jealous as she perpetually was; Athena, also a warmaker, and wielding the lightning’s sharp lance quite as irresponsibly as Zeus did; Aphrodite using her power chiefly to ensnare and betray. They were beautiful, radiant company, to be sure, and their adventures made excellent stories; but when they were not positively harmful, they were capricious and undependable and in general mortals got on best without them.”

Have you ever read the story of Tithonus?

Bertalan, Dr. Meskó. What If We All Lived Beyond 130 Years? – The Medical Futurist. The MedicalFuturist Institute, June 2018

Which Greek Goddess Are You?